What Else Should You Watch?: Juni Taisen (Zodiac War)

Posted on November 11, 2017 by Jack Scheibelein Leave a comment

Welcome to another What Else Should You Watch, the series where I take a show and give you some alternate recommendations based similarities that the shows share, or just that X factor that the shows both have. This week I’ll be covering Juni Taisen. Ready, Set, Recommend!

As many before me have pointed out, Juni Taisen shares a very similar setup with its battle tournament style to show’s like Fate/Stay Night and Mirai Nikki, and if you like this setup, you will certainly enjoy Fate/Stay Night.

The show focuses on high school student Shiro Emiya. One day, Shiro finds out that he is to participate in the Holy Grail War, a battle fought by Masters, who summon ancient heroes of time called servants. The winner of the Holy Grail War, like in Juni Taisen, gets one wish, but this wish can be anything because the power of the grail is enormous.

The show has a lot of great action and at the same time does a great job at exploring character motivations through the fights that they have. And in case your wondering if you’ve heard of Fate and you remember its a series, this is probably your best jumping off point other than the original Fate/Stay Night, which isn’t really much to look at. Unlimited Blade Works, meanwhile, was animated by Ufotable and looks amazing. So there’s that.

Magi: The Labrinth of Magic

A personal favorite of mine, Magi will scratch that action itch while also bringing you on a magical adventure filled with loveable doofuses and one of the best final fights of any anime of I’ve seen.

Magi focuses Alibaba, a poor servant who lives out his day serving the wealthy in society. One night after coming home, he finds a small kid in his house eating his food. The kid is named Aladin and reveals that he is actually Magi, a being that is able to control all of the magical energy in the world, known as Ruhk. Aladin tells Alibaba that he is a King’s Candidate, a person who is destined to rule.

The story follows Alibaba and Aladin as they meet new people and see the world. Aladin learns more about his role as a Magi and what that means for the world, and Alibaba learns how to use Ruhk and becomes more qualified as a King’s Candidate. If you haven’t had the pleasure of watching this show already, you should fix that. 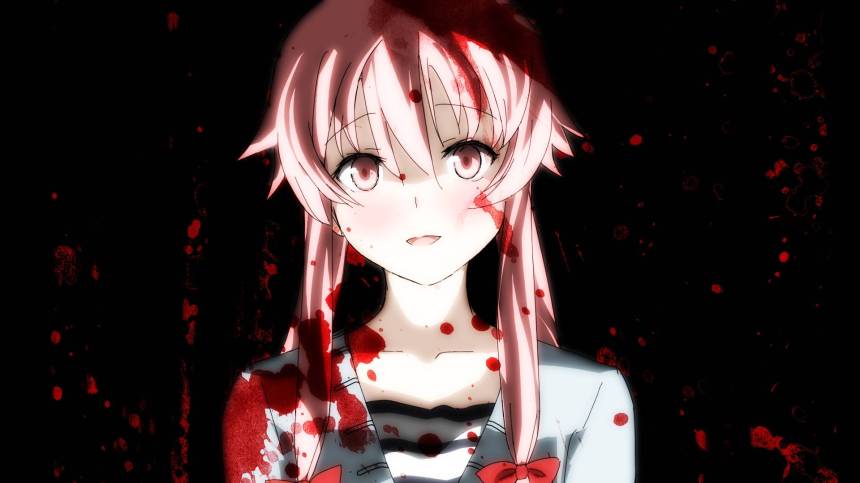 I mentioned it in the section about Fate, and I did so with good reason. Mirai Nikki, or Future Diary for those who prefer the English title, has a similar battle tournament set up as Juni Taisen but adds a bit of Horror twist.

12 candidates, including the main characters Yukiteru Amano and Yuno Gasai, are involved in a battle royale to see who makes it alive, but in this battle, each of the contestants has a Future Diary, a device that allows them to see some aspect of the future up to 90 days in advance.

The show holds no punches when it comes to its more violent elements. In fact, the gore is probably one of the show’s main appeals, as Yuno shows no mercy to her and Yuki’s opponents in this battle for survival where the winner gets to become God.

What do you guys think? Did I leave something really important out? Let me know in the comments below. Anyway, bye for now Friendos!