My initial reaction to this new iteration of Fate was admittedly more influenced by reviews than any evidence of the production. A lot of those reviews painted a picture of Apocrypha as mediocre and not really worth watching. Although I mostly didn’t pay attention to it because it was a Netflix exclusive, and because of that there was no way to watch it legally until recently when they released the first half. So, after watching the first three episodes of Fate/Apocrypha what did I think?

Well, mediocre isn’t really correct. As of episode three, the show has done a good job of establishing the show’s main characters without getting dragged down by the fact that there are already more than thirty characters. Making the main focus so far Mordrid and Shishigou is good starting points and also gives fans a place to focus while harkening back to the original Saber. The show has established already that this focus will shift to Ruler and the homunculus later on, but it looks as though it is going to make that transition a bit slowly. 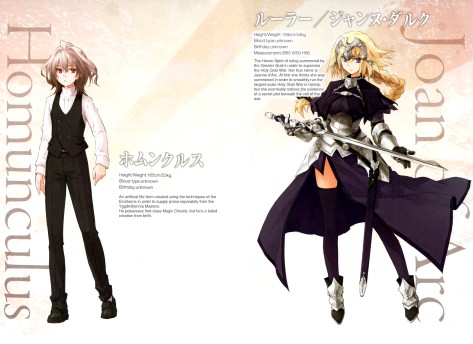 However, it is by no means perfect. Even with its handling of the cast so far, the sheer volume of characters is a distraction. And this is more a problem with the setup, as just the information you get from the plot description implies that there will be 28 unique characters you will have to be aware of at the minimum. Luckily, the character designs in the show are distinct enough to tell them all apart, but it is not a good sign when you have to rely on character designs in order to tell them apart.

Aside from those initial pros and cons, there is a fair bit to like about the show. Just the idea of a seven on seven war between mages leaves room for a lot of awesome stuff, which the show is filling well. The Yggdimillenia’s break off from the mage’s association in order to start their own makes it so that we know that the people who are fighting are fairly competent

The servants in this series are also cool as well. While it may be a bit of a stretch for some of them, servants like Shakespeare and Frankenstein add a pinch of fun and makes it so that the show isn’t taking itself too seriously.

Overall, I think I’m going to enjoy this show. As much as I don’t like boiling ratings down to numbers, I think the current MAL rating of 7.29 most accurately reflects my opinion so far, as being above average but definitely not approaching the level of Fate/Zero. Hopefully, the show fixes its major problems moving forward and ends up being a great show.

Have you seen Fate Apocrypha? If you have, what did you think? But please no spoilers! Let me know in the comments. Thanks for reading and bye for now, Friendos! 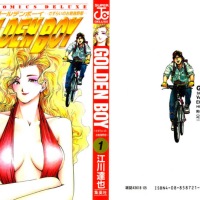