Opening of the Week: Tank by Yoko Kanno and The Seatbelts(Cowboy Bebop)

Jazz is a genre not often represented in the music scene, even in its home of America. Granted, this is likely because of its declining popularity since its inception in the 1920’s, and that goes double for anime. There are occasional gems like the recent “Kids on the Slope,” but it is not prominent in the music landscape. It is a shame too because at the top of the genre’s musical givings are song’s like Tank. Welcome to Opening of the Week, where this week we’ll be looking at one of Yoko Kanno’s greatest musical accomplishments: Tank.

Cowboy Bebop hosts a diverse range of musical genres, but being one of the first songs you hear from the show’s soundtrack, Tank certainly leaves an impression that not many other songs do. The song opens with a voice saying “I think it’s time to blow this popsicle stand. Alright, one two three let’s jam!” Immediately the song goes from sounding like the opening of a spy movie to full-blown Jazz explosion.

Although, I guess you could say that most of the song after the initial build-up sounds like the soundtrack for a classic Bond movie, but this song sounds a lot better.

How do you guys feel about the opening? Is it a favorite of yours? Don’t really care for it? Let me know in the comments. Thanks for reading and bye for now, Friendos! 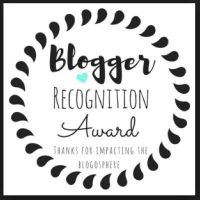