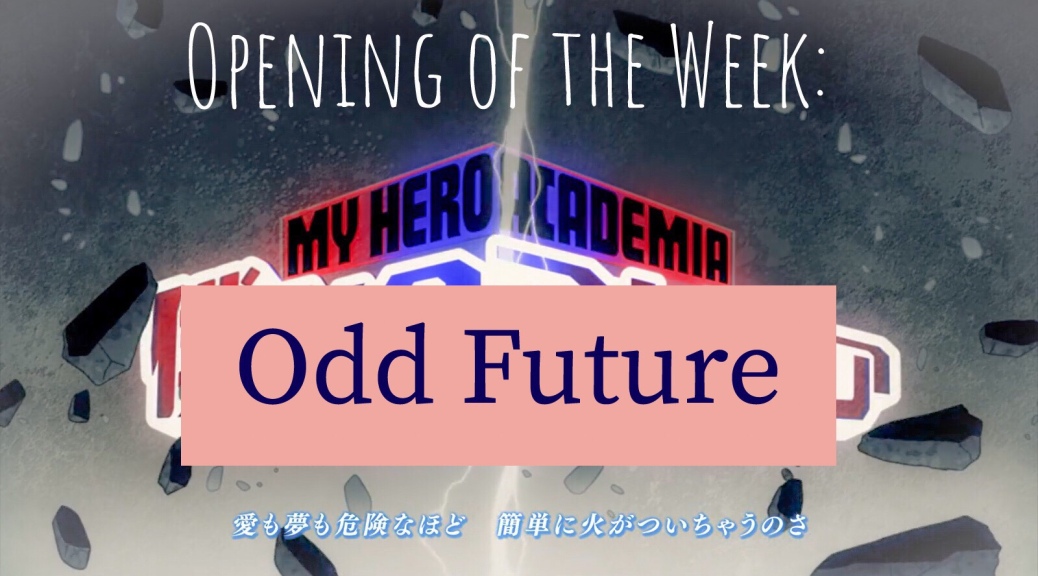 For as much as My Hero Academia’s first episode was disappointing, its fourth, and presumably, first, of the third season, opening was absolutely worth the wait. I think many like myself were wondering just how good the third opening was going to be. Trying to follow up on the show’s first three OPs would an undertaking for anyone, but luckily frequent anime opening contributors Uverworld were able to deliver some great material.

I’ll admit, the first time I heard Odd Future I was somewhat underwhelmed. The music did not seem to meet the level of hype that you would expect to what is presumably going to an extremely important season for the series’ story. However, after every listen now I find more and more to like about the music.

Unfortunately, the visuals this time around this time around do not really add a lot to the opening. A lot them are there simply to fill space, and the ones that do have some significance are mainly just their as foreshadowing for later on.

Overall, the opening is much more worth listening to than watching. The music is just as hype as the others with its fast pace acoustic guitar and electronic production, but the visuals really are not up to par, as well animated as they may be. Definitely, check it out.

What do you guys think of My Hero Academia’s newest OP? Let me know in the comments below. Also, if you want to support the Aniwriter through donations or are just feeling generous, consider buying me a coffee on Ko-Fi. Otherwise, thanks for reading and bye for now, Friendos!

7 thoughts on “Opening of the Week: Odd Future by Uverworld(My Hero Academia OP 4)”