Well, after being on another week-long Hiatus, sorry about that by the way, I am back and ready to talk about the news for this week, and addressing some of the stories I missed from last week. Believe me, there are some things that need addressing. With that being said, let’s get started.

Originally announced back in June of 2017, a Studio Ghibli theme park is now set to open in 2022. The park was supposed to be open by 2020, but it now is slated for a later date to setbacks in construction.

The park, when opened, will consist of 5 different main areas. The first, called Youth Hill, will feature scenery from Howl’s Moving Castle and Whisper of the Heart. The second part of the park will be an indoor area open year round, complete with a swimming pool and screening area. The third area will be inspired by Princess Mononoke and will include statues of the films most famous characters, such as the Tatari-gami. The last two areas include one with scenery from Howl’s Moving Castle and Kiki’s Delivery Service and the other will be exclusively inspired by My Neighbor Totoro.

There really is not a lot to say about this other than that if I go to Japan after its done, I will certainly be planning a day or two around coming here. It looks like it could be a lot of fun, and I can’t wait to see pictures of it. 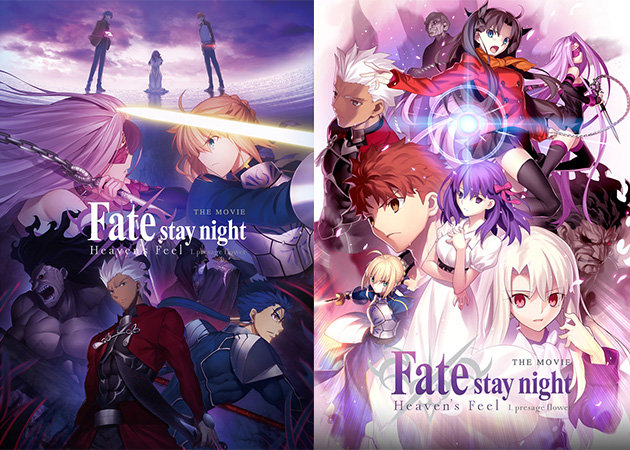 As of this week, the latest creation from J.C. Staff “Fireworks,” as well as the first of the newest trilogy of Fate movies Heaven’s Feel, have been confirmed for a theatrical release in the United States. The company GKIDS announced that they will be collaborating with Fathom Events in order to bring the film to theatres in July on the third, fifth, and seventh of the month. As well, Fathom Events and Aniplex of America are looking to bring the newest addition to the Fate franchise to the big screen on June fifth and seventh.

I’ll be honest with you guys, I am really excited for one of these films, and only slightly interested in the other. I’ve been a fan of the Fate/ franchise for quite some time and considering how well the full-length TV anime adaption of Unlimited Blade Works was, I have every reason to believe the last of the visual novel’s storylines, Heaven’s Feel, is going to be just as good.

Fireworks, on the other hand, seems to be riding on the popularity of Your Name at this point, and, based on the setup and the fact that the guy producing it was also the head producer for Your Name, seems to be a bit of a copycat. Either way, I’ll probably end up seeing both of them because I like seeing anime in theatres whenever I can, so hopefully, Fireworks is not as bad as many have been saying it is.

As many of you may know already, because of the contents of episode fourteen of Darling in the Franxx, specifically events surrounding one of the more pivotal characters Ichigo, many of the members of the cast received hateful messages and even death threats. The largest target of the show’s staff is its producer, Yuichi Fukushima.

Fukushima and others received the threats after the episode aired, with some messages they received suggesting that it would be better if they killed themselves.

Honestly, I do not think I am really going to be saying anything original, but this story was so Heinous that I needed to talk about it.

Let’s just start off with a few things 1) anime is not real, 2) the person receiving the most threats for what happened in the story is not even the person they should be mad at. Fukushima is the animation producer. 3) Most importantly, a character in a show not doing what you want them to is not a reason to threaten someone’s life or suggest that they kill themselves.

Not a single bit of what happened last week was even remotely ok, and anyone who sent messages in that vain to any of the staff should be ashamed of themselves.