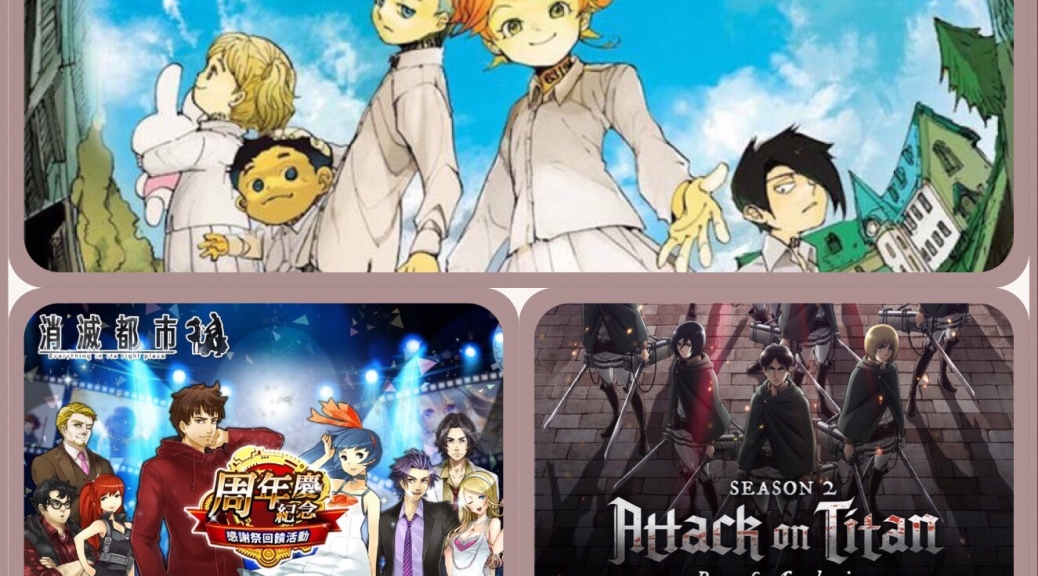 Welcome, everyone, once again to This Week in Anime, where I talk about all of the most important anime related stories from the week. There were a lot of new anime announcements this week, along with some interesting statistics, so without further ado, let’s get into it.

Here are details on all the new anime that were announced in the last week. 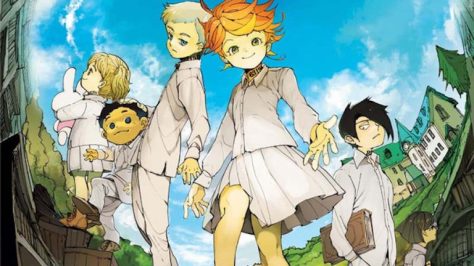 The highly praised and extremely popular manga series from mangaka Kaiu Shirai “The Promised Neverland” has officially received an anime adaptation. This comes on the heels of the manga’s success, which has sold over 4.2 million copies. Although it has not been confirmed yet, the show will reportedly be animated by UFOTABLE.

The story revolves around a group of orphan children: Emma, Norman, and Ray. The three of them live at the Grace Field House, where they are free to do pretty much whatever they wish. One day they discover something is happening to one of their friends, after which they forgot the one rule they have been given: never go to the gate or the compound.

On the other hand, for shows that have been confirmed to be animated by UFOTABLE, in comes “Kimetsu no Yaiba: Demon Slayer” Running in the weekly shonen jump slate, “Kimetsu no Yaiba” is said to be much darker than its contemporaries and has been compared to much older manga series.

The story takes place in the Taisho Era of Japan. One day, after returning home from selling cole, Tanjiro finds that all of his family has been killed by a demon except his sister Nezuko. After finding out that his sister is now also a demon, a hunter name Tomioka comes to kill Nezuko. From that moment on, Tanjiro vows to find a way to make his sister human. 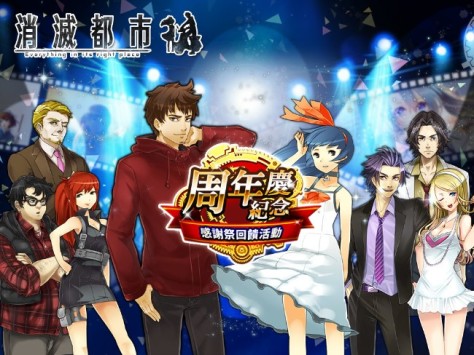 The anime will be an adaptation of the game’s original story, which follows Yuki, who initially appears to be the sole survivor of a town now disappeared, a Takuya, a smuggler. After the two meet up and analyze the situation, they look towards a mysterious corporation for answers.

And here are the other stories not directly related to new releases.

Oricon, an organization that reports on arts and entertainment, has released their stats for the best selling Manga and Light Novels of the first half of 2018. The numbers include all sales from November 20, 2017, to May 20th of 2018. The full numbers can be seen here. Among the best-selling light novels are “The Ryo’s Work is Never Done,” “Re:Zero” and “Overlord,” and among best-selling manga includes “One Piece,” “Attack on Titan” and “Seven Deadly Sins.”

“Attack on Titan” Season 3 Will Air in Theatres, Along with a Recap Film

Funimation has announced a two-day special event for the premiere of the long-anticipated season 3 of “Attack on Titan.” The first episode of the series will be shown in the theatre. According to Funimation and the promotional art, the dubbed version will air on July 11th while the subtitled version will air on the July 10th. Along with the premiere of the third season, Funimation will also air a recapped version of the of the show’s second season in order to keep fans up to speed.

And now for the portion where I shout out other articles from fellow bloggers or other publications that I really enjoyed.

Karandi’s Review of “Are You Alice?”

In this blog post, blogger Karandi of 100WordAnime talks about the first volume of “Are You Alice,” a collaborative effort by writer and illustrator Ikumi Katagiri and author Ai Ninomiya. Karandi uses the review to point out the laziness of Alice in Wonderland type stories where plot points are excused as being totally justified by the fact that they are in wonderland. It resonated with me a lot and was very well written. Check it out.

Youth in Succession and the OWLS’ “Movement” Month

In her piece for the OWLS’ April Blog Tour titled “Movement,” Lita of LitaKinoAnimeCorner talked about a Chinese drama called “A Love So Beautiful,” which focuses on the relationship of Chen Xiaoxi and Jiang Chen. Her piece wonderfully talks about the need to for kids to rebel against authority as means of escaping a pressure-filled, sometimes extremely stressful life. Definitely worth a read.

8 thoughts on “This Week in Anime: The Promised Neverland, Attack on Titan, and More…”