This Week in Anime: A Certain Magical Index, My Hero Academia, and More…

There has been a lot of exciting news, from new trailers to movie updates, a lot of high profile people and IPs are making returns, and it is exciting, to say the least. With that being said, let’s get started.

On Sunday, Viz Media revealed that the next season of the fan favorite anime One-Punch Man will be airing in April of 2019. Along with that information, Viz also released a trailer that gave a few details about the upcoming season. One of those details was the name of the next season’s main villain, Garou.

Talk about the show’s next season had already been going even before this trailer due to the announcement that J.C. Staff would be replacing Madhouse as the studio producing the show. It is worth pointing out though that many of the staff that worked on the original series were freelance, and many of the staff are returning to work on the show’s second season.

One-Punch Man centers around Saitama, a man who trains so hard that he becomes stronger than everyone else, and uses his power to become a hero. However, because of this, he finds his work as a hero to be boring. No matter what he does, he can’t find someone who won’t lose with one punch.

A new trailer for the upcoming series “Jeanne d’Arc and the Alchemy Knights” was released last week. The trailer depicts the shows two main leads, Jeanne and Montmorency, and their relationship. The trailer also shows some of the shows side characters, and what appears to be Jeanne going insane after the two kiss.

The series has been scheduled to be released on October 5th and will air as part of the Fall 2018 anime season. It is being adapted from the light novel work of author Mikage Kasuga and Illustrator Tomari Meron, the story of which revolves around Montmorency. He wants to be an Alchemy Knight, and being the son of a nobleman allows him to do just that. However, after the beginning of the Hundred Years War, the school shuts down and Montmorency is forced to leave. On his journey out of the country, he runs into a mysterious girl named Jeanne.

Yesterday, Funimation released an English trailer for the My Hero Academia movie entitled “My Hero Academia: Two Heroes.” The trailer features the show’s main cast, including the students from 1-A, as well as the movie’s featured characters, those being Melissa Shield, David Shield, and Wolfram. The English voice actors for the main series will be reprising their roles, but joining the cast will be Erica Mendez as Mellisa, Ray Chase as David and Keith Silverstein as Wolfram.

The story of the movie takes place after the events of the second season before class 1-A is sent to the summer training camp. The group is invited to I-Island, a moving fortress that boasts the world leading researchers on Quirks and Hero Items. However, while the group is there, a group of villains breaches the Islands security system and traps everyone. It’s up to Deku and All-Might to save the day. 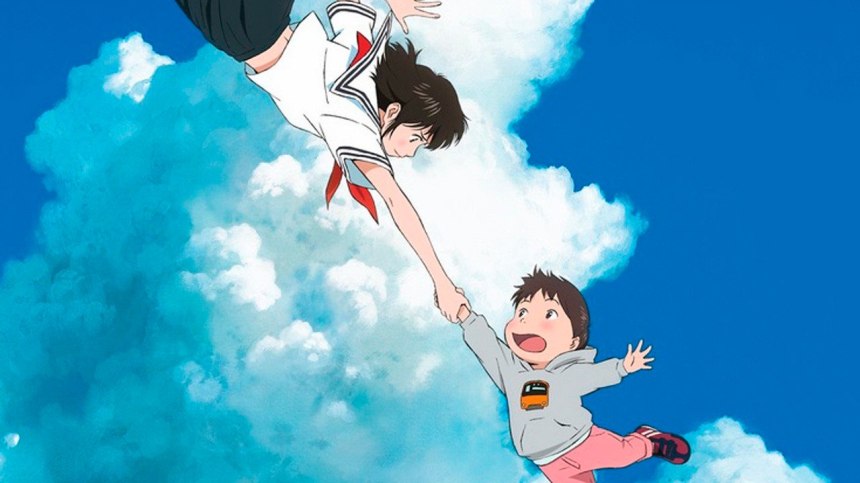 It was announced this week by GKIDS that the latest film to be directed by fan-favorite Mamoru Hosoda titled “Mirai” will be coming to U.S. Theatres on November 30th. There are plans to show both dubbed and subtitled versions of the series in theatres where it is being played. GKIDs has recently been bringing many anime films to the west, including 2016’s break out hit “Your Name” and Studio Shaft’s “Fireworks” earlier this year.

The story of Mirai focuses on Kun, a four-year-old whose family has recently been blessed with their baby Mirai, whose name means future. One day, after running off into his family’s garden, Kun meets Mirai, but from the future, and a teenager. The two travel through time and discover their family’s rich history.

This week has had a lot of awesome trailers, and one, in particular, has fans extra excited: The one for “A Certain Magical Index.” At Comiket 94, a new trailer for the show’s third season showed both the returning cast, as well as some of the newer characters that will be appearing in season 3. The previous cast will be returning in the new series, which will be debuting on October 5th.

The show’s story centers around Toma, a student living in Academy City, where many espers come to learn how to use their powers. Toma believes he has no powers to speak of. One day, a nun finds him and claims to have photographic knowledge of important magical texts kept inside her brain. Toma then vows to protect her.

Here are some awesome articles from other bloggers and around the web.

Megan Farokhmanesh of The Verge wrote an opinion piece about the recent debacle with popular streamer Ninja and his decision to not stream with females in fear of online harassment. I know this isn’t anime related, but it is certainly an important story to talk about, and I think she has a great take on it. Definitely give it a read.

Cactus Matt of Anime Q and A did a fantastic comparison of the Watamote Manga and its Anime counterpart. I’m sure it will be contentious for some, but I think the reasoning behind his conclusion is solid. Check it out.

Chris from Peach’s Almanac wrote a more reflective piece on his ability to write as well as what even defines good content in the first place. Something I’ve spent a long time thinking about as well, and tbh, I don’t think I could have put it as well as him. Give it a read, for sure.

What do you guys think about this week’s anime-related news and featured articles? Let me know in the comments below. Also, if you want to support The Aniwriter through donations or are just feeling generous, consider buying me a coffee on Ko-Fi. Otherwise, thanks for reading and bye for now, Friendos!