Since I haven’t had a lot of interest in watching new shows as of late, and because this will be my 300th post on The Aniwriter, I’ve decided to document my top ten favorite anime of all time. I believe I’ve explained my philosophy on the subject before, but I’ll explain it again. This list is going to be a list of my Favorites, and not what I think is the best. That is a different list entirely, and one I would be happy to make if you’re interested. With that being said, here are my top ten favorite anime of all time, as of this month, anyway. 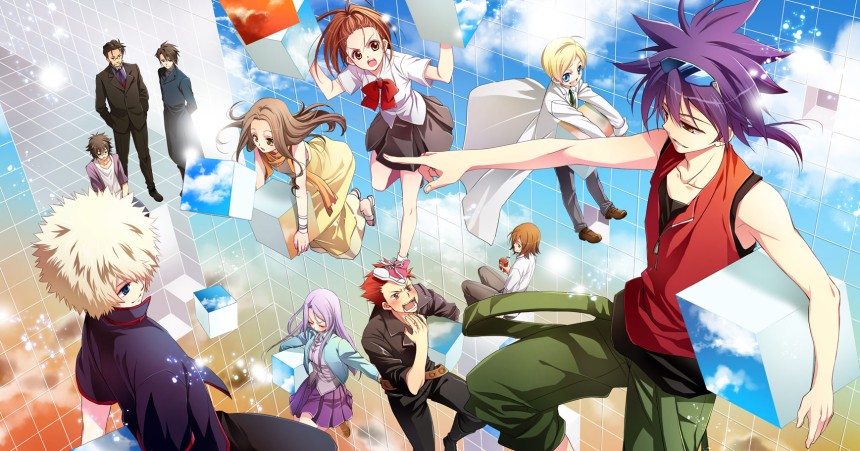 It’s really hard to describe this show to other people and not get some weird looks. Like, its a show about people battling each other with puzzles. On the surface, it seems like something that should be in the same boring vein as Beyblade, right?

Well, yes, but hear me out. The show has a lot of has a whole lot of entertainment value, from its hilariously edgy characters to the extreme situations they find themselves in. Not to mention the surprisingly messed up backstories of its villains. For those reasons alone, it’s absolutely one of my favorites 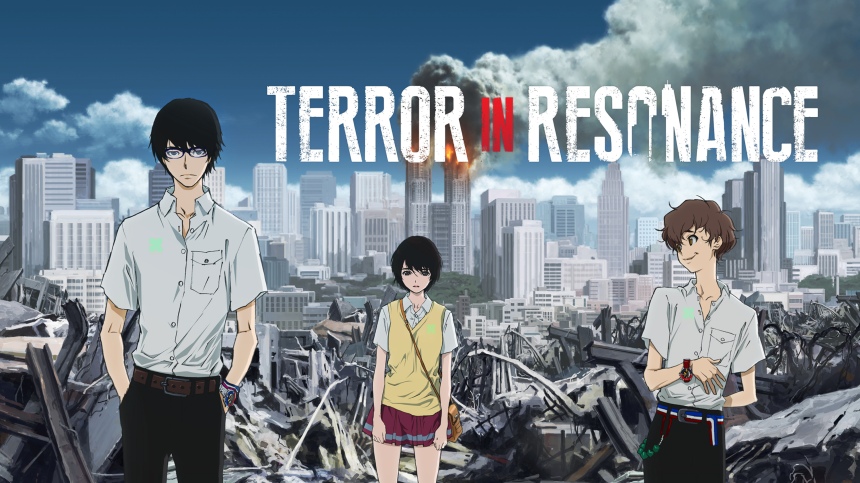 Two words: the soundtrack. If nothing else, you should absolutely go listen to this show’s soundtrack, even if you don’t like the premise of the show itself. Personally, however, I do think the show it is attached to is worth it. Sure, maybe it’s not the most well-executed story-wise, but I think there’s a lot to relate to when it comes to the main characters. Nine and Twelve go through the entirety of the show with an identity crisis on their hands. They rebel against society because it was society’s institutions that caused them to live without knowing who they are. It seems like their in a perpetual state of being lost, and there is certainly something about that I relate to a lot.

8. The Devil is a Part-Timer

On a much lighter note, what if the Devil worked in fast food? Yeah, this show is entirely underrated, and the fact that it didn’t get a second season makes me extremely angry. It has a hilarious premise, plus the side characters make the show even better. One of my favorite running gags in the show is how Maou thinks that getting promoted at MgRonalds will somehow allow him to conquer earth. Lucifer is also pretty hilarious the way he just sits in the apartment all day and does literally nothing. If you’re ever looking for something to just sit back and relax with, give this a watch.

Black Lagoon is awesome, plain and simple. I remember the first time I watched this show, and it immediately blew my mind. It was a lot like those memes with people using song lyrics and then saying “My thirteen-year-old mind:” and then showing the Kermit the frog picture. Much of that awesomeness comes from Revy, who frequently rushes in and just starts blowing everything up without much of a second thought. By the end of the series, Rock becomes pretty awesome too, especially in the last scene of Roberta’s Blood Trail, where even Revy notices a large change in his behavior. Then, of course, there are the various fights which also look incredible, so yeah. 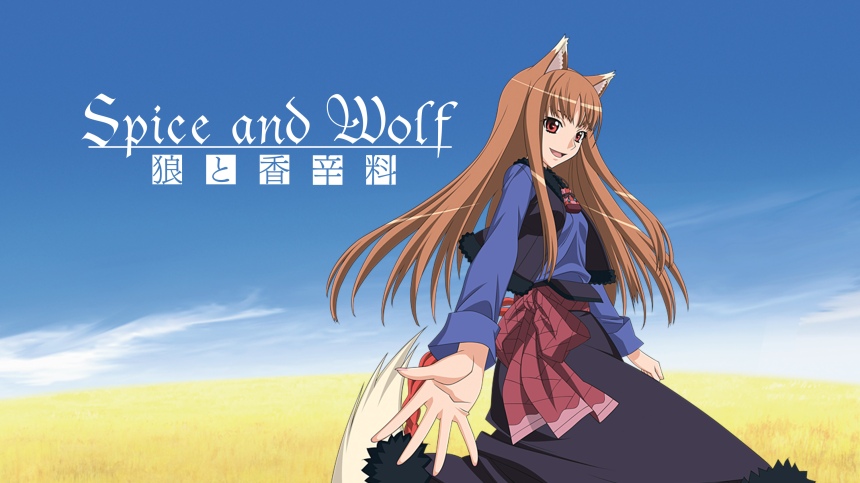 Shoutout to one of my best friends Sean for recomending this show to me, because without him it would have never even shown up on my radar. Slice of Life really is one of the most interesting genres to me, because there are so many possibilities in terms of characters, setting, and the challenges people face in their everyday lives. Spice and Wolf, though, manages to bring together such a unique combination of storytelling mechanics, and at the center of it all is Holo, one of the more interesting main characters not just in Slice of Life, but in anime in general. Her view on life is a blend of optimism and pessimism. Lawrence is cut from a similar cloth, which seems to be why they connect so early on in the show. And this is where I make a joke about medieval economics and then move on. 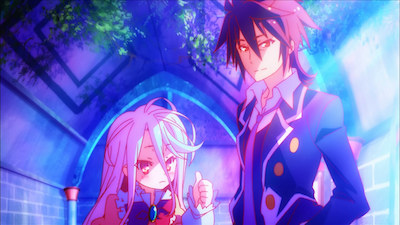 Definitely a newer entry on my list, but none the less an important one. You might also notice about most of the entries on this list that a lot of the main characters of these shows are ones that I find extremely relatable, and Sora and Shiro are not different. Their core philosophy is that “Life is just a shitty game,” and for a lot of people, that’s true. A lot of people don’t get the same opportunities to succeed as others. Most people are born in countries where the living conditions aren’t the best and some are even born into active war zones. For Sora and Shiro, from what has been revealed about their past, it was not having parents that even remotely cared for them. Having the ability to escape to another world in which everything is ultimately decided by your willingness to succeed is exactly what they wanted. 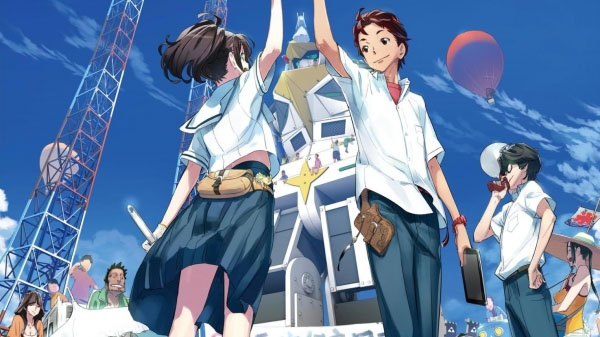 Two Words: The Opening. No, seriously, this shows opening is absolutely hype. I honestly might have to bring back opening of the week just to do a post about this show’s opening, because I love it so much. Yeah, it is pretty generic J-Rock, but Junjou Spectra by Zwei gets me hype every time I listen to it. However, it is not just the music in the show that makes it one of my favorites. Robotics;Notes has a wealth of interesting scientific lore. One of the most interesting parts by far is the Condition of the two main characters: Elephant and Mouse Syndrome. The former causes your perception of time to slow down, while the latter speeds it up. Without giving spoilers, the show is able to use this fictional condition to some interesting effects. Some might look at this show and think: “with a title like that I’m sure it will just be some generic garbage.” Now, to be honest, if you talked to me right before I started watching this show, I wouldn’t have blamed you. The English title is “My Teen Romantic Comedy SNAFU,” but at first I didn’t really feel like it was worth watching, and I sort of just started it on a whim. However, after having watched through the show, I changed my opinion a lot, and now we’re here. Sometimes it can be hard to know who you should really be letting into your life. A lot of people act fake, either because they want something from you or because they think being friends with you will offer some kind of benefit. Oregairu is a show that exposes that kind of fakeness and lays it out for everyone to see, and that’s what I love about it. 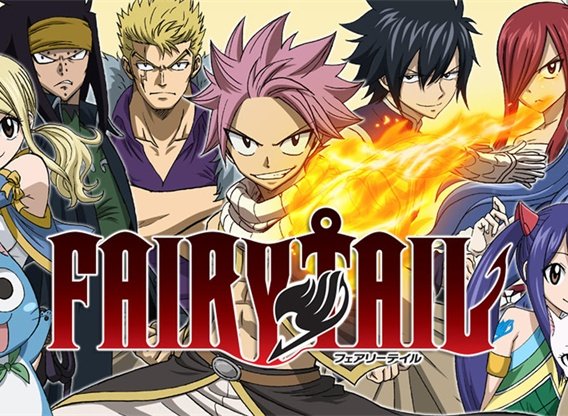 Fairytail was, in a sense, a lot of my childhood. It was one of the first shows I watched when I discovered what anime was, and ever since then, I’ve watched it religiously. More and more viewing of the show has lead me to realize that it is most certainly not the greatest show out there, but its one that’s been with me for a while. If you had asked me in 2016 whether or not this show was my number one, I would have said yes without hesitation, but after seriously thinking about this list, there really was only one answer.

And for my number one… 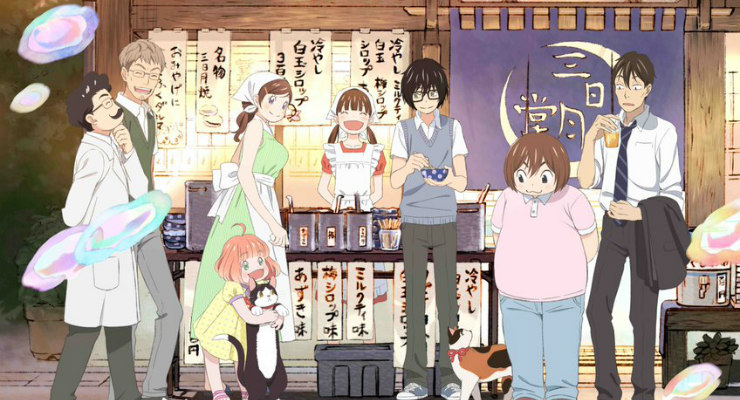 There isn’t much I can say here that I haven’t already said about this show in other posts. In fact, I think the last post I wrote about the show probably explains my feelings the best, so check it out. But, In summary, March Comes in Like a Lion provides a cathartic experience for me that no other show has. From its incredibly beautiful visual presentation to the characters whose lives sometimes feel more real than my own. If I could get everyone I know to watch one show, it would be this one.

I know I always ask a question at the end of my posts, but this time I am genuinely curious, what are some of your favorite anime? Let me know in the comments below. Also, if you want to support the Aniwriter through donations or are just feeling generous, consider buying me a coffee on Ko-Fi. Otherwise, thanks for reading and bye for now, Friendos!

tagged with Anime, anime blog, Black Lagoon, Fairytail, Jack Scheibelein, march comes in like a lion, No Game No Life, oregairu, Phi Brain, Robotics;Notes, spice and wolf, Terror in Resonance, The Aniwriter, The Devil is a Part-Timer, Ya Boy Jack 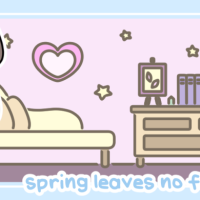