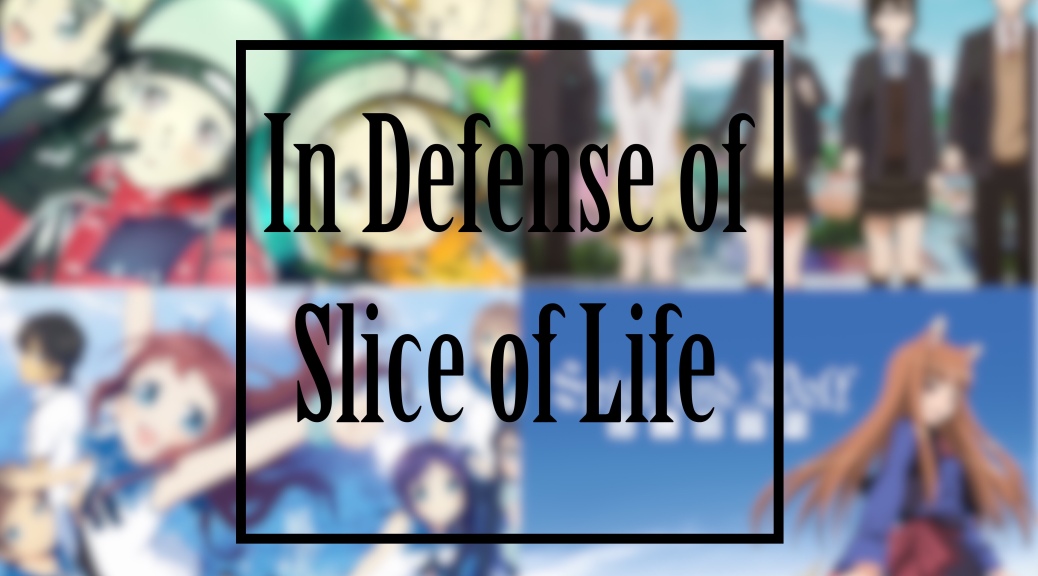 In my time watching anime, one genre, in particular, has often been criticized as being the least interesting and lacking in a lot of substance, and that would be the Slice of Life genre. Slice of Life is a genre that fans use to describe series where the focus is on the characters and the day to day happenings in each of their lives.

I thought I would take a bit of time to talk about the Slice of Life genre in a bit more depth because I feel like a lot of those same criticisms are still very much around, even despite the amount of high-quality Slice of Life shows that have been coming out as of late.

As I see it there are two major criticisms that still get lodged at the Slice of Life genre, so as such, I’ll be making this a two-parter. Those criticisms are as follows:

Today, I’ll be addressing the first of these criticisms, so without further ado, let’s get started.

First, I’d like to just get this out of the way: yes, I understand that what is entertaining or even interesting is completely subjective, but to that, I would say that I think it’s important to be able to at least make an argument as to why you believe something. 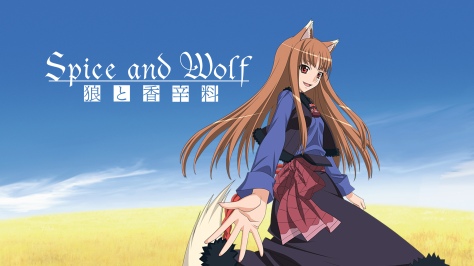 The first major example I can give to refute this point is Spice and Wolf. The show follows Holo and Lawrence for two seasons, through all kinds of adventures and situations. Holo starts the show looking down on humans, assuming that none of them are worth her time. But, as the two continue, she comes to understand through Lawrence that humans are all living their lives the best they can.

A similar change happens inside Lawrence. At the beginning of the show, Lawrence starts out with a much more cynical view of the world. Holo, however, gets him to believe in the idea that life doesn’t have to be so doom and gloom all the time. Not to mention that by the end of the second season, the two have obvious romantic feelings for each other that aren’t just going to go away without any resolution.

Another great example of a Slice of Life with major development is Nagi no Asakura. Now, I’ll freely admit that I haven’t seen all of the show, but even despite only having seen the first 9 episodes or so, if already feels like it’s going through plenty of development. Hikari has already gone from someone who unconditionally hates humans to someone who realizes his friend might be in love with a human, and as such tries to support her. 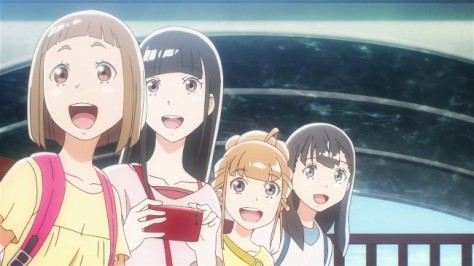 Even in more recent editions to the genre like A Place Further than the Universe, there is obvious development in the relationships between all of the characters. Mari starts the show as an unfulfilled high schooler who wants more out of life than just to sit around and do nothing. After she meets Shirase and decides to pursue a trip to Antartica with her, she realizes there is a lot more out there that she could be doing, and that doing those things with great friends makes them much more enjoyable.

Shirase especially sees a ton of development over the course of the series. Despite starting out as just a meek, somewhat quirky teenage girl who only seems to be the butt of everyone’s jokes, she manages to finally find her place in the world. The trip to Antartica allows her to finally fulfill her dream, and near the end of the show, she manages to get some closure about her mother.

It’s also worth pointing out that among the three series I just listed that there is an incredibly diverse set of story and characters, each with their own unique goals and hopes. One thing that is consistent in all definitions of Slice of Life is a character-driven show, but that doesn’t mean a show has to sacrifice any development in order to be more character focused.

Next week, I’ll spend some time revisiting the idea of how to classify what exactly is a Slice of Life.

How do you guys feel about Slice of Life as a whole? Do you have any favorites that you would consider Slice of Life? Let me know in the comments below. Also, if you want to support The Aniwriter through donations or are just feeling generous, consider buying me a coffee on Ko-Fi. Otherwise, thanks for reading and bye for now, Friendos!

19 thoughts on “In Defense of Slice of Life” 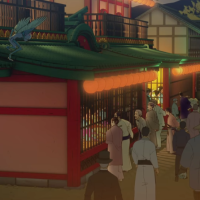 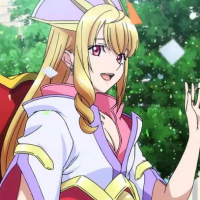