I think its safe to say that most anime fans who are really involved in the medium have a list of shows they’ve been wanting to watch for so long but just can’t because of their lack of time. As for me, well, I’m not really any different. So, here is a list of the top 5 shows I can’t wait to watch. 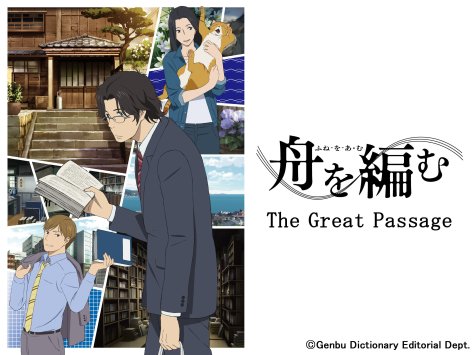 Okay, so here me out. I know when it comes to certain Slice of Life shows it can often seem like they’re going to be super boring, and when I first heard about the series that was my initial reaction too. But, the more I thought about it, the more I realized that this is actually a fantastic story set-up. Just based off of the trailers I’ve seen, it seems like a story about relaying the power of words, and as a writer myself, I think that message is very important.

Being completely honest, though, I’ve kind of seen mixed reviews on this one, which is why its only number five, but still, I’m optimistic.

I think I can say with a large degree of confidence that March Comes in Like a Lion is not only one of my favorite anime, but has also affected me on a personal level that not many other shows have, which is why I am so excited to watch the other anime inspired by Chika Umino: Honey and Clover. Even just at first glance, the show seems like something I would love. A Slice of Life show about three guys in college and meeting new friends. I definitely want to watch this as soon as possible.

Despite not having actually seen it, I’ve talked about this show a few times just because of how much its piqued my interest. The idea of characters from different fictional media coming to life and fighting it out already sounds like a fun set-up for a story. What has most recently revived my interest in the show is its soundtrack, which has a lot of standout pieces, including one I’ll put in below called Layers

The show’s music just has this hype factor that makes me more and more interested the more I listen to it. Shout-out to Hiroyuki Sawano for making such awesome music.

There is a lot of older series that I’ve yet to seriously dig my heel into, including shows like Trigun and most of Bebop, but one that I’ve been extremely curious about is Neon Genesis Evangelion. The show is over 20 years old at this point and has always been seen as one of the popularizers of the mech genre. I have seen portions of the reboot movies, and those are definitely well made, but it seems like it would be a lot cooler to see the original. 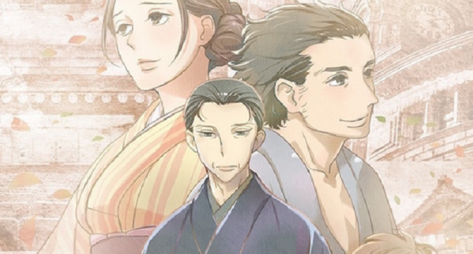 Rakugo is a show that leaves me with a lot of questions the more I try to explore it without actually watching it. Rakugo, for those who don’t know, is a form of Japanese storytelling that involves a lone performer on stage playing multiple characters. The story in most cases ends with a comedic punchline, so much of the success of the performance is dependent on body language and how certain lines are delivered.

When I first read about it, I was like “of all the obscure things you could make an anime about, this definitely seems like the most obscure.” But still, considering the amount of praise I have heard from fans of the show, I am excited to watch it nonetheless.

What series have you guys been waiting to watch? Let me know in the comments below. Also, if you want to support The Aniwriter through donations or are just feeling generous, consider buying me a coffee on Ko-Fi. Otherwise, thanks for reading and bye for now, Friendos!