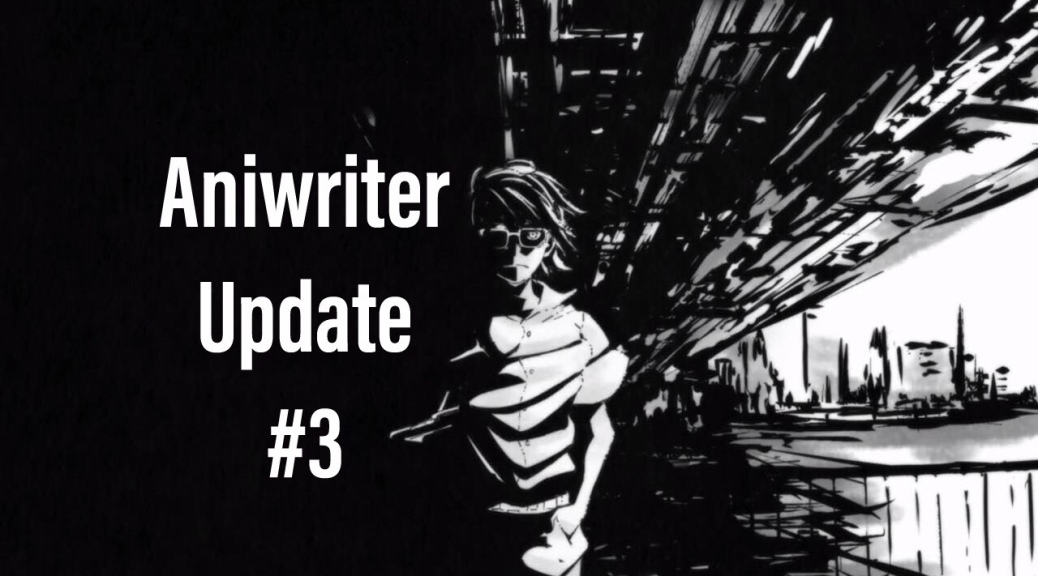 Welcome, weebs and authors alike, to another update.

I hope you all have had a wonderful two weeks since the last time I gave you an update, but now it is time again to let you know what exactly is going on with me, The Aniwriter, and life in general.

March Comes in Like a Lion on Sakuga City

In case you all missed it, I wrote yet another article for Sakuga City. This time I talked about March Comes in Like a Lion and how Kyoko is kind of an awful person. And when I say kind of I mean most definitely an awful person. I also wrote a review of No Game No Life Zero on Sakuga City as well, so you should check that out too.

As I predicted before, school right now isn’t really going to have to big of an impact on my writing flow. That may change later on in the year when my English class becomes a bit more intense, but for now, everything is probably going to stay just about the same. My goal is to have at least three posts out a week and potentially an additionally post out on my political blog if I can manage it.

Continuing the Conversation on Slice of Life

A few days ago I posted an article talking about and defending the genre of slice of life and its characterization as boring. In that article, I said there is going to be a second part where I talk about the problem of defining Slice of Life as a genre. I just wanted to inform you that the second part of that piece will still be coming out next week, but more than likely a bit later in the week, probably on Friday or something.

I forgot to mention in my This Week in Anime post yesterday that I was recently tagged in an awesome new collaboration tag made by Karandi and Raistlin. When I read that it was supposed to be a collaboration, I was honestly not sure who I should ask. So, I thought I would extend a bit of an invitation here. If anyone wants to do this tag with me, let me know. It would be super fun, I think.

The Last Two Weeks of The Anwriter:

Top 5 Most Anticipated Shows on My “Plan to Watch” List

In Defense of Slice of Life

This Week in Anime: Live-Action Bleach, InkyPen, and More…

Blerd Lines: Where Fiction and Reality Both Meet Tragedy

Riveting Writing Prompts #5: If Only I Had Read the Paper This Morning

And with that, there is nothing left to update you all on. Until two weeks from now, where I will let you know more things that are going on.

What has your latest obsession been? Does it distract you to the point of being unproductive? Let me know in the comments below. Also, if you want to support The Aniwriter through donations or are just feeling generous, consider buying me a coffee on Ko-Fi. Otherwise, thanks for reading and bye for now, Friendos!

2 thoughts on “The Aniwriter Update #3: Another Sakuga City Article and My Status on School”