I think if there was one show that truly defined anime in 2017, other than My Hero Academia, it would be Made in Abyss. Definitely one of the most talked about anime of the year, Made in Abyss captured people’s hearts in a way that made them feel good about anime again. Even to this day, I see people talking about how it should have one anime of the year at the Crunchyroll Anime Awards. Generally speaking, I try not to let other people’s opinions influence how I look at a show before watching it, but with just how much praise this show has gotten, it has been hard not to. So, did I think Made in Abyss was everything people have said it was? 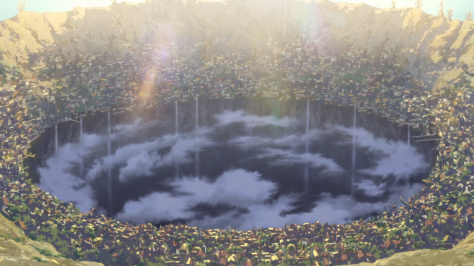 Well, in short mostly. One of the downsides to this format is that it is hard to make solid conclusions about a show just based off of one episode. But, if there was ever a show to praise for just its first episode, Made in Abyss would be it. 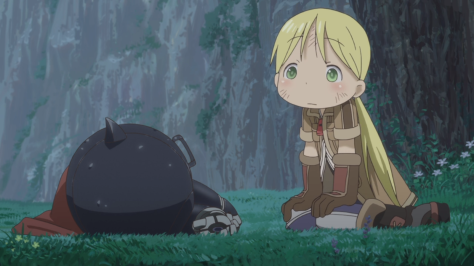 One of the things people have consistently praised the show for is its Ghibli-esk art style and character designs, and I tend to agree. Not only are the art and character designs good on their own, it seems like they also work in tandem with the show’s overall narrative. Seeing as how the main characters are kids, it makes sense to have an art style that is initially very vibrant and bright, similar to a how a kid would see the world. But, based on the screenshots I have seen from later on in the story, that art style shifts to reflect a much darker narrative surrounding what the “Abyss” contains. Because kids tend to see the world in black and white due to their lack of knowledge about the world, this dichotomy would make sense.

The other great part about this show is one that I’m sure fans are very familiar with: The Soundtrack. Now, let me just say that I’ve already listened to the show’s soundtrack in full, but even if I were to judge Made in Abyss’ soundtrack just based off of the first episode, it would probably still end up in my top ten anime soundtracks of all time. Major shoutout to Kevin Penkin to making what is potentially one of the greatest soundtracks, like, ever. 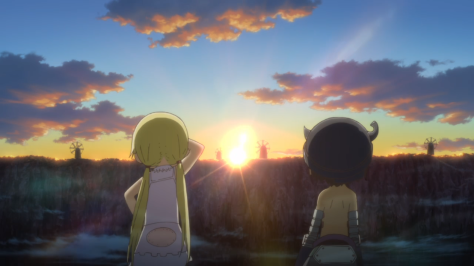 Overall, Made in Abyss’ first episode is phenomenal. I did not think that Riko and were particularly compelling yet, but it was the first episode, and everything else about the show was just so interesting that it more than makes up for it.

How do you guys feel about Made in Abyss? Let me know in the comments below. Also, if you want to support the Aniwriter through donations or are just feeling generous, consider buying me a coffee on Ko-Fi. Otherwise, thanks for reading and bye for now, Friendos!

3 thoughts on “Made in Abyss Episode One Reaction”