OWLS February “Adore” Post: For the Love of Adventure 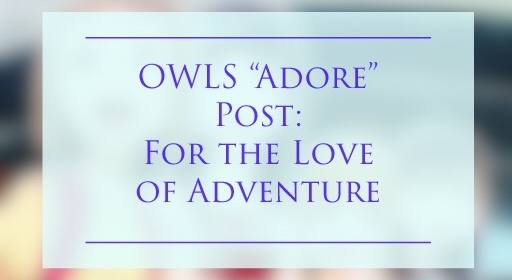 Its that time of the month again for an OWLS post. This month’s theme is “Adore,” as described down below:

For this months topic, I decided to pick an anime that I have not had a lot of time to discuss, but one that I still feel passionate about: A Place Further Than the Universe.

Be sure to check posts from fellow OWLS members Irina and Rai, as well.

It is sometimes easy to become enamored with the beauty of the world around us. If travel blogs and hundreds of Instagram photos have taught me anything, its that there are some many wonderful places to get lost in. Whether it be on the beach in Europe, or a hiking path on a remote Carribean island, the world has proven itself to be filled with wonder. However, experiences like those, for as cool as they would be by themselves, are often made so much better in the company of others.

Enter Mari, a high school girl whose monotonous daily routine has finally caught up with her. Despite living a fairly peaceful and privileged life, Mari feels as though she has not had a truly life-changing experience, and that if she does not have one before she leaves high school, the busy schedule of adult life will make it impossible for her to do so. One day, Mari runs into Shirase, a girl known infamously throughout her high school for being a bit of a weirdo. After the two meet up after Mari gives back some lost money she found, Shirase explains that it is her dream to follow in her mother’s footsteps and go to Antartica. Amazed by her confidence and determination, Mari decides that this will be her life-changing experience. The two of them eventually meet up with Hinata and Yuzuki and are able to make it on the trip to Antartica, despite some major difficulty.

However, as it is often said, the journey is much more important than the destination, which is why a good portion of the show is dedicated to just getting there. First, they need Yuzuki to even be allowed on the trip. Then, they have to train and learn about the landscape and harsh conditions of their environment. Even just getting to the ship’s starting point ends up being a difficult part of their journey, even if most of it was self-caused. But, even with all of the difficulty, they confide in each other.

Even their friendship was unlikely. Mari only meets Shirase after she drops money at the train station and Mari finds her crying, and she only meets Hinata after deciding to start a part-time job to earn money for the trip. The three of them are approached by Yuzuki because she does not want to go. Mari, Shirase and Hinata convince her to come on the trip so that all of them can go, and in the process they become friends.

As the four of them start and follow through on their journey, documenting the whole thing along the way, their bond grows. Getting the chance to go on a trip to Antartica, a place with some of the harshest conditions in the world, and having to help each other along the way makes it a much more worthwhile experience.

The power of adventure is one that should not be forgotten about. Experiences, more than anything else, have the power to set aside differences and bring people together, even in the most unlikely of conditions. Whether it be a journey to Antarctica or even just a trip to the beach together, adventure can often be an important form of love.

What do you guys think about A Place Further Than the Universe? Let me know in the comments down below. Also, if you would like to support The Aniwriter, or are just feeling generous, consider donating on Ko-fi or using one of my affiliate links: