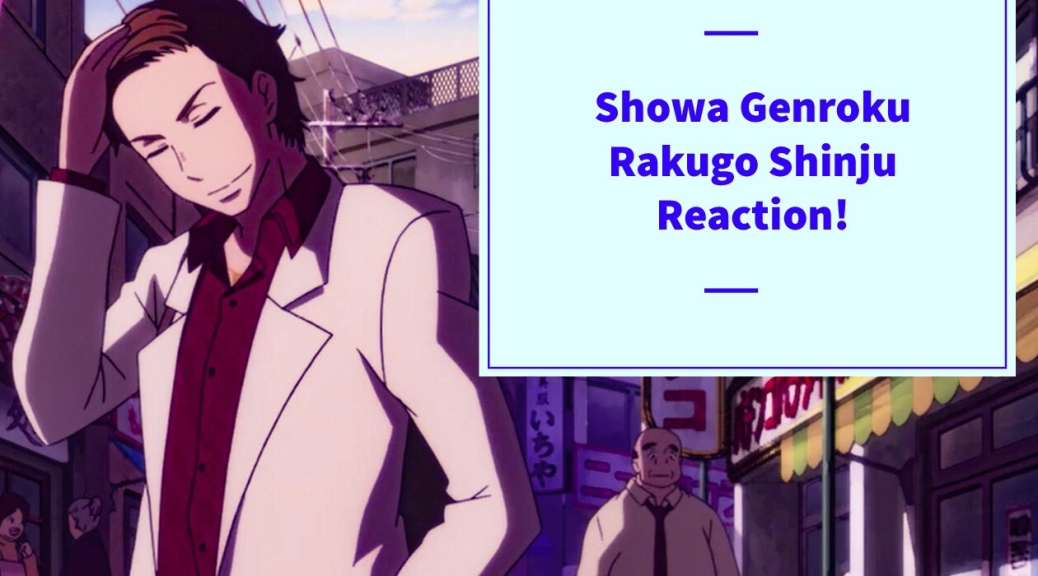 Even with the little information I had about the series beforehand, I have been excited to finally sit down and watch Showa Genroku Rakugo Shinju for the first time. When I found out what Rakugo even was, I was intrigued and, from that point on, always kept the show in the back of my mind. Now, having seen it, I can most certainly confirm its quality.

Showa Genroku Rakugo Shinju is the story of an ex-convict, now released from jail, who is looking to restart his life. After hearing a Rakugo performance from Yakumo, one of the most famous Rakugo performers, in prison, he decides that he is going to dedicate his life to the art, and seeks him out. Yakumo, having never taken an apprentice before, decides to take on the ex-con, who he now calls Yotaro.

Seeing as how the first episode is actually forty-plus minutes long, the first episode has a lot going on, but it never actually feels like that while watching it, which is a good characteristic. Instead of doing a huge information dump for its first epiosde, the show ops to tell its story a bit more naturally, giving more of an understand of both Yotaro, but also Konatsu, who’s struggle of being a female in the exclusively male world of Rakugo looks to be a central part of the story.

Yakumo, and his history with Konatsu’s father, also seem like an interesting part of the story which I am happy is going to be explored in the next episode, especially considering that it is heavily implied that Konatsu believes Yakumo killed her father out of jealously.

I am also just a big fan of the idea of Rakugo itself, which has a comedy style much more focused on narrative payoff and delivery rather than over the top and random humor. In this way, Rakugo actually feels a lot like today’s modern standup, which relies on a lot of short stories, usually told from the perspective of the comedian.

Raguko’s first episode was welcomed experience that definitely leaves me wanting to finish the series, which I a probably going to do right after I finish writing this post.

Have you all seen Showa Genroku Raguko Shinju? How do you guys feel about it? Let me know in the comments below. Also, if you would like to support The Aniwriter or are just feeling generous, consider donating on ko-fi or using on of the affiliate links down below: