Well, it took a little longer than thirty days, and to be honest, I kind of thought about stopping the challenge at some point, but as of a few days ago I officially finished the 30 Day FMA Challenge. To celebrate, I though I would take some time to think about and reflect on the challenge.

Why I Did It

I like Fullmetal Alchemist. Yeah, it is not super complicated. The show was apart of my childhood growing up, both the original and Brotherhood, and I have been a fan of both ever since. I have done an anime challenge before, but an FMA focused one sounded interesting. Shoutouts once again to Keiko who I saw doing this challenge originally and inspired me to do it.

It was honestly a lot harder than I though. Answering very specific questions for thirty days straight definitely made me think about my opinions on the franchise more than I ever had. It was also a lot of work and, as I said above, there was a point where I thought about just stopping and working on something else. Overall, despite that inclination, I am happy that I decided to see it through till the end.

The main thing that I learned from this challenge is honestly just that I have way stronger opinions on FMA and FMAB than I thought I had. As I did more and more research on both series, I eventually remembered all over again why it was that I felt the way I did about both shows.

That about wraps it up for this post though. Thank you all for reading.

I’ll ask a final time for the challenge: What are your opinions on FMA and FMAB? Let me know in the comments below. 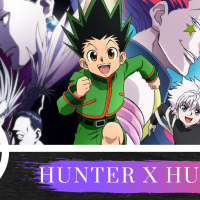