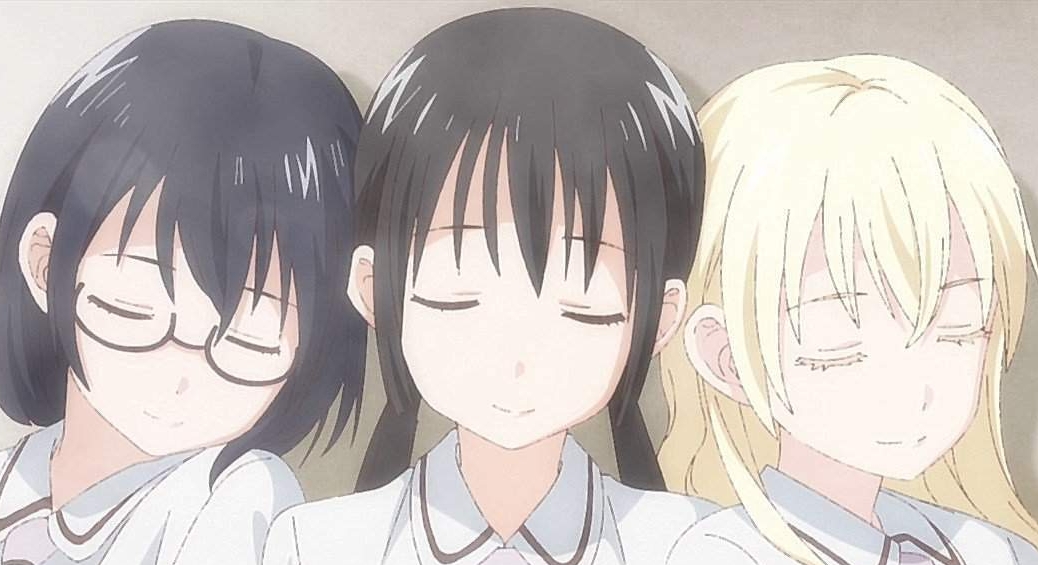 I’ve talked a lot on this blog about how slice of life is one of my favorite genres because it mixes so well with other genres. slice of life comedies, in particular, can be great, depending on how they are made that is. If there are a bunch of unfunny, repeated jokes throughout the show, then it can become stale and boring. However, if each episode feels like an original, well thought out collection of comedic sketches centered around the main cast, well that becomes a recipe for success. Luckily, Asobi Asobase conforms much more to the latter.

The show follows three high school girls, Olivia, Hanako, and Kasumi. One day, after Olivia lies to Hanako and Kasumi about knowing English really well, Kasumi asks Olivia to teach her English in exchange for teaching her about the cultural pass times of Japan. Olivia agrees, at least until the other two figure out she is lying. Still, the three of them decide to form a pass times club together anyway, so that they can spend more time together.

Like many others pointed out when the show first started airing back in 2018, the character’s extremely animated facial expressions are what contribute a lot to the the show’s comedic greatness. When the show first starts and the opening credits go by, it deceivingly shows the three main girls in a sequence of happy and cutesy shots. Then, as the show begins, almost immediately it introduces the crazy facial expressions it is known for, creating a heightened comedic atmosphere.

The personalities of the three main characters also help in creating funny moments. Olivia is usually the calmest of the three, but also the dumbest. She mostly gets by in school with the help of her two friends. Hanako is pretty smart, but is always jealous of the popular kids at her school. Kasumi is quiet, but is pretty quick to anger, and hates being ordered to do stuff after losing a game. These three personalities mix together in a lot of ways that are not only unexpected, but that are potent as well.

Aside from the incredibly hilarious facial expressions, the animation is pretty much average. There is nothing super incredible about it, which mostly fits with Studio Lerche’s record, but it also is not horrible. It accomplishes what it needs to in order to be successful. The music, much like a lot of music from Slice of Life series, goes mostly under the radar when it shows up at all. The opening theme is a track sung by the three main voice actresses, all of whom have awesome voices, but the song itself is just ok, and same goes for the ending.

The voice acting is worth mentioning, however, as part of what makes the comedic delivery so good. Hina Kino (Hanaka), Konomi Kohara (Kasumi), and Rika Nagae (Olivia) all do an amazing job at being their characters, in large part because of their large vocal range. Konomi especially does incredibly well at going from quiet to extremely angry in a matter of seconds, which is what her character often requires.

This is a series I definitely plan on completing. The comedy itself is not particularly complex, relying pretty heavily on a lot of random, vulgar humor. However, it executes on that humor well, delivering highlight moments every episode. It is definitely worth watching at least the first episode.

How do you feel about Asobi Asobase? Let me know in the comments below. 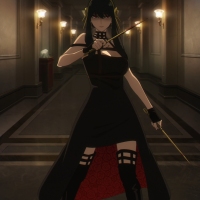