It is now day four of the second 30 Day Anime Challenge.

#4: Biggest Difference Between a Dubbed and Subbed Anime

While its true that this is a pretty obvious pick, it nonetheless is the one that I think most contrasts between its two versions. While there is nothing inherently wrong with the Japanese version of the show, a lot of “Cowboy Bebop’s” stylistic elements make it a much more western oriented series, even down to the title, which is a reference to a very specific image of a rugged lifestyle lived by some Americans in the late 1800s.

This more western oriented feel also was not an accident. Between the many shows he directed, including others such as “Samurai Champloo,” and even more recently “Carole and Tuesday,” Shinichiro Watanabe has always had his eyes on a more western audience.

What anime do you think has the biggest difference in its sub and dub version? Let me know in the comments.

Also, if you would like to support Animated Observations, consider donating on Ko-fi or through paypal, or pledging on Patreon. You can even support by just liking and sharing this post. 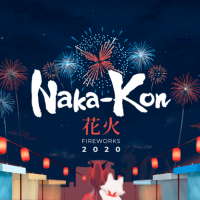