Posted on May 24, 2020 by Jack Scheibelein Leave a comment

Its creating a strong opening for a story can be relatively easy, continuing the same level of emotional investment for a story can often be pretty difficult. Weaving together even two or three different story lines so that they make sense in the context of a broader narrative requires a lot of good writing ability. Luckily, mangaka Kaori Ozaki has that in spades, as the second volume of “The Golden Sheep” was, to put it light, very good.

The Golden Sheep, as a slice of life romance, has a lot going on with its characters. As a result, there is stuff going on both on the surface and underneath it.

Most of the stuff that’s actually happening has to do with Tsugu and Sora. After running away near the end of the first volume, the two find themselves working at Tsugu’s grandpa’s croquette shop. At this point, Sora is still very confused with his current situation. Although he wants to be there for Tsugu, he also finds himself thinking about why he is even in Tokyo to begin with.

While there, the two start to really enjoy themselves. Sora becomes pretty invested in working at the shop, and also starts developing feelings for Tsugu. These feelings, while not obvious at first, become strong to the point of him actively avoiding her, throwing himself even further into his work making croquettes.

Meanwhile, it seems like Tsugu is generally happier than when she was living with her mom, even if she is reticent to admit it. She also gets her guitar back from her dad, but when she asks him if he wants to see grandpa, he just runs off. While the scene itself was not anything special, it demonstrated even further just how dysfunctional Tsugu’s family really is.

On the other side of things, Yuushin continues to deal with a lot of emotional baggage throughout the second volume. Tsugu’s return to her hometown has clearly stoked a lot of bad memories for Yuushin, and it certainly did not help make Sora’s situation any better.

It seems as though, despite it having been a long time since then, Yuushin still ultimately blames his father’s explicit interactions and the subsequent shame that he felt from it for his current state. People were quick to turn their backs on him, assuming “like father, like sun,” and simply were not wiling to trust him.

As a result, Yuushin has, understandably so, become jaded and not willing to accept other people into his life. However, this type of attitude is only understandable up to a point, which is something the manga demonstrates quite well. Not only does bully Sora to the point of suicide, he also takes advantage of Asari and sexually assaults her, afterward telling her that he’s not who she thinks he is.

Up until this point it seemed as though Tsugu was also a good friend who was being hurt by Yuushin, and while to a large extent that is true, it also seems that Tsugu, despite knowing about Yuushin’s toxic behavior, is still encouraging it.

After the incident with Asari, Yuushin decides he wants to take the pro-boxing license test, and thus begins training. His coach eventually gets his parents permission for him, and the two head to Tokyo for the exam. When the two first get there, they find Tsugu and Sora after they were featured on a popular TV show.

Yuushin comes to the croquette shop, at which point he knocks food out of Tsugu’s hand and attacks Sora after being told to leave. Even after all of this, though, Tsugu still wants to go see him. Whether or not this will ultimately lead to some dramatic change from Yuushin has yet to be seen, but Ozaki definitely does a good job of making him out as the stories ultimate villain.

Just like the first volume, the second keeps up the amazing quality of its art until the end. Each frame is incredibly detailed, even during the scenes where there are lots of buildings and people. On top of that, there are very few scenes that feel unused. Each frame feels important the story, even in a very minor way.

The Golden Sheep continues to be an excellent romantic slice of life even into its second volume. It is clear from the quality of the writing here that Kaori Ozaki knows how to continue stories beyond the one volume framework. There is of course one more volume left to go, but my guess is that its also going to be incredible.

What did you all think of the second volume? Let me know in the comments, but please no spoilers if you have already read the series. 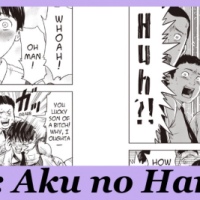