Just when I thought the series could not get any better, “The Promised Neverland” manages to up the stakes in an unmistakably original way. The show already had a definingly good first episode in its first season, but man did Cloverworks put in the effort again.

For those unacquainted with the show, “The Promised Neverland” follows a group of kids living it what at first appears to be a normal orphanage, but is revealed to be a human farm, operating to create food for the demons that rule the earth. After finding out this information, the three oldest kids, Emma, Norman, and Ray, attempt to make an escape, despite the obstacles that lay before them. Now, having done so, Emma and Ray must lead the kids to some form of safety while avoiding their demon pursuers.

The first episode of a series is, at least most of the time, going to be the main entry point of a series. Sure, you might watch a clip on Facebook or Twitter occasionally, but the first episode is what makes it to where one wants to get to the clip. As I alluded to before, the first season of “The Promised Neverland” had an amazing first episode, possibly one of the best of all time. This made me wonder just how the series would manage to follow it up.

“By diving head first into the action,” is apparently how. Opening on a scene from the middle of the episode is not a particularly original way to start a series, but it does make a lot of sense for “The Promised Neverland.” Given how the first season ended, it would make sense that characters would still be in the midst of action, not just running away from their captors but from the forces of the unknown that are the outside world.

The significant increase in the amount of action scenes in the first episode might lead one to believe that the overall quality of the animation has gone down. Luckily, though, this is not the case at all. In fact, all of the elements that made the first episode of the last season so good are here as well. The animation has never looked better, with the expressive faces and character movement that made the best scenes of the last season stand out.

On top of that, the same type of beautifully arranged pieces that made the soundtrack scary as hell are present in the first episode, adding even more suspense to an already thrilling episode. As cliché as it sounds, it is legitimately difficult to find anything bad about the series thus far.

While it is pretty much impossible to speak to the exact quality of the series at its end, it is not that surprising to see its second season have such a strong start .

How do you folks feel about “The Promised Neverland” season two’s start? Let me know in the comments below.

2 thoughts on “The Promised Neverland Season Two Episode One Reaction” 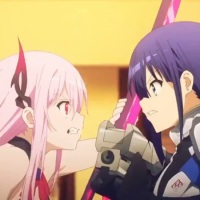 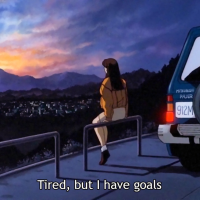