Most will read the character name in that title and immediately think, “who?” This is a completely appropriate response, given that the character I am focusing on today is from Samurai Flamenco. One could be forgiven for not having heard of this series before today, as it was a seasonal series from back in Fall of 2013 that it seems like most people dropped after just a few episodes.

Which, given how Samurai Flamenco turned out…was probably the correct decision. It came out during a time when Isekai was just getting big and Japan was still trying to market superhero stories, and well, outside of break-through series like My Hero Academia, it is pretty easy to tell how that ploy worked out.

Even outside of general genre unpopularity, the series did not do itself any favors, as It feels as though director Takahiro Oomori and studio Manglobe were really asleep at the wheel. This is a real shame, considering Oomori also directed Durarara and Princess Jellyfish, two of my favorite series.

However, what makes Flamenco such as special case is not its subpar storytelling or pacing, but rather its characters and how it attempts to define what it means to be a hero. The most interesting of all its characters is not its primary main character, Samurai Flamenco. Rather, it is the even more wannabe hero: Hidenori Gotou

The main story of Samurai Flamenco stars Masayoshi Hazama, a male model who wants to fulfill his childhood dream of becoming a superhero. With the help of some crazy technology, he does so. However, local cop Gotou eventually finds out, but rather than turning him in, he decides to help Hazama in his endeavor…

And that is about as normal a description I can justify without underselling the series because believe me, it gets weird. What starts out as the hero Samurai Flamenco, alongside a group of idols, fighting petty criminals quickly escalates into life or death scenarios with actual supervillains. These supervillains not only have real powers but some end up threatening the safety of the entire planet.

While its sense of scale and pacing are indeed incredibly terrible, it is those same qualities that make Gotou’s story possible. After the last major arc of the series, Hazama is forced to take on the task of helping Gotou himself. It is revealed near the end that the wonder cop’s girlfriend, which the show takes great care to depict him texting quite often, has actually been missing since high school. Thus, he has been texting himself as a way of coping with her loss.

What makes the arc even more perplexing is that despite how much the show sets up the reveal with tiny hints, it never becomes clear until exactly when his situation is revealed. Gotou, despite going along with the antics of his superhero partner, still remains the most stable throughout most of the show. That is, until the end.

After this information about his girlfriend comes out, Gotou breaks down. What’s worse, Haiji, one of the main villains of the series, comes back and uses this information to torture him, kidnapping him and deleting all of the text messages he sends his “girlfriend.” The show ends in a slightly predictable fashion, with Hazama defeating Haiji and rescuing Gotou, but that is really it. Despite the now loved and appreciated Samurai Flamenco saving the day, it never feels like a victory, as Gotou experience is one of immense trauma.

Superhero stories in anime, despite their scattered presence, have always been incredibly fascinating compared to their western counterparts. There are some that attempt to copy the traditional formula, like Marvel Future Avengers, which attempts to tell a pretty by the comics rendition of the popular franchise. My Hero Academia takes a more centrist philosophical position in its assertion that peace and justice are the most important elements of a heroic society.

Tiger and Bunny has a much more radical perspective. It depicts a superhero society in which the primary motive for justice exists not in and of itself, as one might expect, but rather built on the profit motive of large corporations who sponsor particular heroes.

Starting one of the most influential series of all time.

Another week, another set of summer 2022 episodes.

What separates Gotou as a character, as well as Samurai Flamenco as a whole, is its willingness to deconstruct the identity of a hero. Rather than defaulting to superheroes as the good guys, it takes a broader look at their existence in relation to the traditional systems of criminal justice. On a more personal level, a hero is not only someone who helps others, but often someone who has suffered great loss, persisting despite whatever failings they perceive themselves to have.

To put it a bit more bluntly, Gotou suffers most of the series because he blames himself for his girlfriend’s disappearance. What his arc in Samurai Flamenco ultimately argues is that, sometimes, people need to be saved not just from the threat of physical harm, but from the mental and emotional damage of their own past. Whether or not that idea is good or not is a much larger argument that I do not believe I would do much justice in this article, but considering these perspectives is nonetheless important.

How do you all feel about the character of Gotou, or about Samurai Flamenco in general? Let me know in the comments.

Special shoutout to our Patreon Jenn for their continued support! As always, it is greatly appreciated. 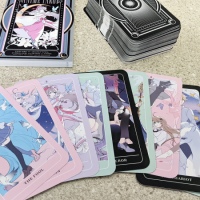 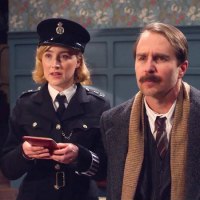