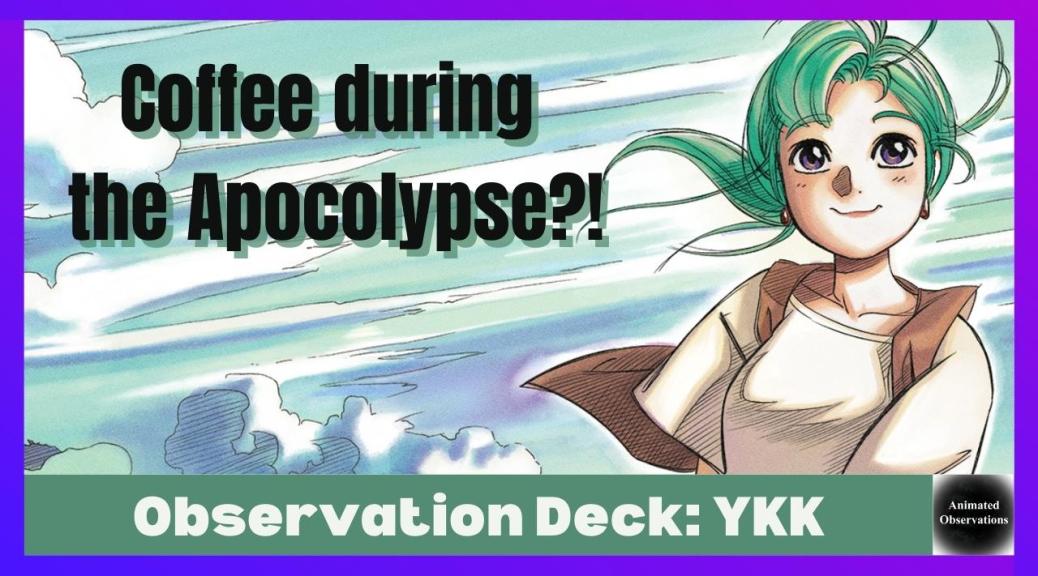 Wow, I really forgot just how much fun it can be to watch things with other people. As an introvert, I generally prefer to watch things alone and absorb them in a space free from any immediate distraction. However, sometimes it is nice to take a break from that and just hang out with other people. Not like my last group watch was that far removed, but watching Yokohama Kaidashi Kikou with others was an incredibly relaxing experience.

For those who are unaware of this critically acclaimed manga turned two-time OVA series, Yokohama Kaidashi Kikou is set at the end of the world…kind of. An unnamed disaster has left humans a dwindling artifact of planet earth. Meanwhile, androids like Alpha are fairly common. Alpha is told to manage her owner’s coffee shop after he is called away on business indefinitely. With nothing else to do aside from managing a mostly empty store, Alpha decides to spend her days exploring the landscapes and people around her.

Despite the critical acclaim of the original manga, the series only managed to amass a series of OVAs, or rather two series of OVAs. The first aired in 1998 and the second four years later in 2002. Interestingly enough, this period also roughly coincides with the transition period during which many studios underwent a major transition from traditional cell animation to digital.

The change in animation style is definitely noticeable. While the studio that adapted the series stayed the same between both OVAs, the watercolor backgrounds of the original are noticeably absent in the later series. Both styles are certainly unique, and the digital animation has a charm that is unique to itself. However, it would have been nice to see the series continued in that original style.

Outside of that minute difference, there honestly is not a lot to say about the series’ animation other than that it is well done. Character movement is fairly limited, but the movement that does happen is expressive and displays a ton of personality, like the way Ojisan is always delighted to see Alpha when she walks/drives by.

YKK is as episodic as it is relaxing. Each episode is fairly self-contained, and though there is an overarching story, it is ultimately built around the main character Alpha. Each episode is focused on either her internal thought process in running the shop or the external struggles of having to deal with a broken body or house.

While the appeal of the show, and of other Iyashikei stories at large, is that they are inviting and peaceful, there is a lot about our main heroine that is left undetermined, at least in the story for anime. Questions about the identity of Alpha’s owner and the nature of his “business trip” still hang around, giving the series an almost melancholic vibe.

I do mean almost though, as none of this really ruins the mood of the series. The vast majority of Alpha’s narrative conflict is centered around nature in some way, whether that be its beauty or its capacity for destruction, or sometimes even both at the same time. The ending scene of episode two of the first season manages to find beauty in a sunken seaside town, and if you don’t take anything else away from this series honestly just watch this scene:

The World is Over, I Guess…

Another massive Elephant that seemingly is never addressed, I suppose for fear of killing the mood, is the setting, because, in the universe of YKK, everyone is living through the apocalypse.

Ok, that is a little inaccurate. Technically, the Apocolypse that wiped out a large chunk of humanity is a couple hundred years removed from the events of the series. Still, it feels like when it is addressed at all, it is done in a way that feels incredibly calm and detached.

Part of this is probably due to the previously mentioned time separation, but a large chunk of it also seems to stem from the fact that Alpha is a robot. While she certainly acts the part of a young woman running a coffee shop, her perception of time seems to be significantly different than that of a normal person.

Again, this stems from multiple reasons, but rather than feeling weird and out of place, this lack of a consistent temporal grounding serves to aid YKK in creating its more relaxed atmosphere. More focus on what caused the end of the world or how it has affected other places would likely take away from the feeling that it has so meticulously crafted.

Weirdly enough, there is not much more to be said about the series. In fact, its brevity may arguably be one of its strengths. It is by no means a series that is going to appeal to everyone (people who primarily enjoy shounen are not likely to find much value in Yokohama Kaidashi Kikou). However, those who tend to enjoy a more monotonal, slice-of-life atmosphere will definitely get a kick out of it.

Have you all seen Yokohama Kaidashi Kikou? What did you think? Let me know in the comments below.

As always, special thanks to Jenn for being an amazing Patron.

One thought on “The Observation Deck: Yokohama Kaidashi Kikou” 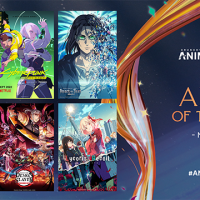