Now, I know what you all are thinking: Who are you and what are you doing with that title? Well, do not be scared, my observers, as this is me writing this post, and no your eyes are not lying. Normally, I tend to be a bit lighter when it comes to seasonal content. However, since there are a good amount of shows I want to watch this season, I figured it would be easier to cover them in a more familiar format. So, for the rest of this season at least, there will be a weekly post from me talking about all of the seasonals I will be watching. With that being said, let us get started.

Aside from the weird sexual stuff, in a story whose main premise is using the night to escape the inability to sleep due to obligations and stress, middle school is not exactly the demographic of people I would have first suggested. Although Japan does have some pretty toxic culture around education and relationships, so I guess it can get a pass on that one. Overall, looking forward to seeing where this one goes.

I would call this a pleasant surprise if were not already holding some pretty big expectations for it. Safe to say, though, that it delivered in spades. I will admit to being very confused for the first half of the episode since it was supposed to be a prequel of sorts, but then as soon as they landed on the island it became pretty clear what was happening.

One thing I was not expecting was just how heavy it was going to be right out of the gate. Again, it has been a while for me, and Made in Abyss is nothing if not a boundary pusher. The music was nothing short of phenomenal even in the first episode, as Kevin Pinker returned to do the second season’s soundtrack and has absolutely nailed it. I saw on Twitter him expressing his worry over its quality, and after hearing in the context of the show, that almost feels like a joke. While episode one may have been mostly introductory, it was without a doubt a great start.

The show that was practically begging to be an anime finally got an anime. It is honestly not that surprising considering it got a manga back in 2018 and likely would have gotten an anime sooner if it were not for pandemic delays and other extenuating circumstances. However, it is here, and yeah the first three episodes were also solid.

Personally, 3D animation has never been my thing, and even though I enjoyed the original first season of RWBY which was made by Rooster Teeth, the 3D aspect was always my least favorite part. This adaptation does not have that flaw, and so my enjoyment has gone up exponentially. The action sequences thus far have been incredibly choreographed and animated, and something about the series’ color palette just rings more with this adaptation. They did skip the final fight near the docs which happens at the end of the first season, which feels like a bit of an odd choice considering the appeal of the show, but oh well.

One of the other things that always felt off about the original is the way earlier episodes really tried to imitate anime mannerisms. Of course, the 3D animation made it incredibly awkward, but then you also had the main characters themselves. The voice acting in the original catered to this a lot, and it felt overall worse for it. However, All of the main crew, Ruby, Weiss, Blake, and Yang, feel a bit more…natural? in their new dub. I suppose it feels less out of place only because the VAs are speaking Japanese, but even then, the overall quality, at least from what I can tell, is substantially better. If the new series ever does get a dub, I would be curious to see if any of the original cast makes a re-appearance.

All of this is to say that RWBY: Ice Queendom has a lot of potential. Since I have not seen past season one of the original, it will be hard to judge it as an adaptation, but based on the subtitle and the increased focus on Weiss in these earlier episodes, I get the feeling this one will be moving in a new direction.

Lucifer and the Biscuit Hammer Ep. 1

Coming off reading a bit of the manga earlier this year after the show had gotten an announcement, I was actually fairly excited to see how the show would come into its own. Safe to say that this season is 4/4 in terms of its opening episodes because Lucifer and the Biscuit Hammer also did a solid job.

The comedic timing was there, and the animation was expressive enough to make the visual humor pop. Yuuhi is unlikable, but that is part of his personality, and as it will likely be shown in the next episode or two, there is a pretty big reason for that. The episode did a great job at hinting at what is to come with some of the musical moments, and Asahina looks about as threatening and psychotic as ever. Speaking of Asahina, one thing I am glad is missing is the random panty shots that littered the series’ opening chapters.

The only thing really worth complaining about thus far is the video quality. Idk if it is something on Crunchyroll’s end and it happened because I watched the episode more or less as soon as it came out, but my god does it not look great. Hoping that it is just a glitch and it will be gone by the next episode. If not, the show will become a lot harder to watch.

That, my friends, is our week one. The Devil is a Part-Timer apparently starts next week, and since the first few episodes of RWBY aired early, it will be a few weeks until a new one comes out. What are you looking forward to this season? Let me know down in the comments.

As Always, special thanks to Jenn for supporting the blog on Patreon 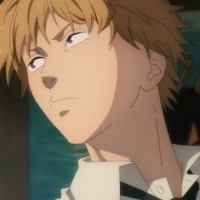 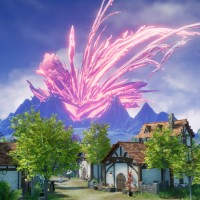