Well, it took a little longer than thirty days, and to be honest, I kind of thought about stopping the challenge at some point, but as of a few days ago I officially finished the 30 Day FMA Challenge. To celebrate, I though I would take some time […]

Well, it seems as though I have failed the challenge, but still, I want to finish it out for the sake of closure. I may or may not also post a recap/reflection of the challenge later on, but I am getting ahead of myself. 30. Least Favorite Ending […]

It is now the 29th day of the 30 Day FMA Challenge 29. Least Favorite Opening There is of course an opposite to everything. My least favorite opening is actually one that I do not have a strong opinion on, that being “Undo” by Cool Joke, from the […]

“However, both still tell the origin story of the Elric brothers.” 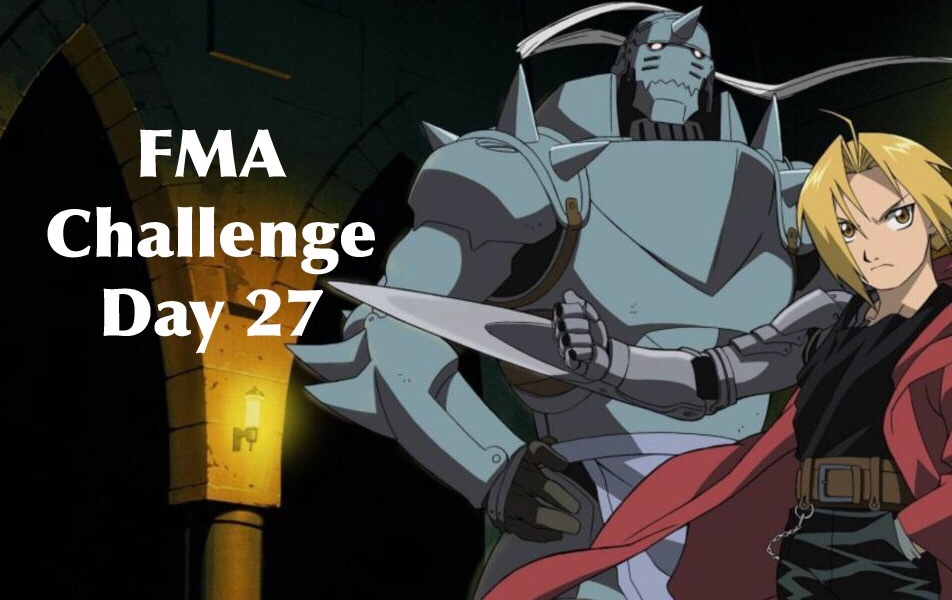 “I will be honest, a lot of my enjoyment of the opening comes from the music itself.”

“The scene, despite not initially having a large impact on me, has, in my eyes, grown to be symbolic of their entire relationship.”

“Overall, my favorite romantic dynamic in the show.”

“Even in brotherhood, where Hughes is significantly less important, this scene still holds a ton of weight.”

“I would explain more, but for this one I would just say watch the scene above and enjoy it.”

“Not only is it, in that moment, a relief to see him alive, but the act of taking out taking out his rage on Lust in that is, in a way, cathartic.”