As many who appreciate the medium will tell you, including me, anime has an extremely diverse array of shows to chose from, even within the same genre. However, as with any form of entertainment, amidst the excitingly amazing and the horrifically bad lies a category of show that can simply only be described as mediocre. The type of show that inspires almost nothing, and is really only worth talking about because it would make an interesting enough blog post. So, here are the top five most mediocre action anime.

I put Index at number five because I actually genuinely like the show in a lot of respects. The world itself and the lore of the show is fascinating, with it being made up of both Espers and magic users. However, beyond that, there is not a lot that inspires confidence in it as a story. The main character, like many on this list, is painfully bland, and the show never actually makes any meaningful difference in terms of what an Esper is other than, like, science or something. Even the action in the show is not particularly interesting outside of a few key characters, and by that I mean mainly Accelerator. It seems like a great concept was largely wasted on terrible execution.

One of the reasons that Noragami is on this list, at least for me, is because I have never cared much about it as a series. Yeah, when it first came out, I watched all of it. At the time, I might have even said I enjoyed it. But when the second season came out, I had absolutely no desire to watch it, and that made me realize that the first season felt a lot more like a filler show to watch while I looked for something better. However, its more than just that. While Yato is slightly more interesting than the average anime action series, he still does not bring enough to the table to make me want to stick around. Yukine never came off as much more than the edgy teen that the writers make him out to be, and Hiyori is very much the stereotypical female sidekick character that shows up in a lot of shonen action. The action itself, much like in Index, is alright, but not amazing enough to really stand out.

Now I’m getting into “really wish I had not wasted my time on this series” territory. I hate to break it to mister Dal Young Im, but adding goofy sci-fi gimics to your already uninteresting ecchi romance does not actually make it much better. Now, considering I have not actually read the manga, I could not tell you if the original author himself does the story much better, but what I can tell you is that Freezing is absolutely mediocre.

Have you ever wondered what a knock-off version of FMA with objectively worse animation and much less interesting concepts behind it would look like? Well, then you’ve come to the right place. Busou Renkin, aside from also being incredibly edgy, has the distinction of being one of the shows I was genuinely bored enough to make an AMV about. It had what I, at the time, thought was fairly good action scenes and a bland enough protagonist that I could project myself onto. But, as with my number one entry on this list, it has literally nothing going for it.

As I was making this list and writing down some general things to talk about for each entry, I noticed a pattern emerge. Aside from Freezing, all of the shows on this list came out in the mid to late 2000’s and had the male main character and female sidekick dichotomy, and, at least to me, this makes a lot of sense. All of these shows came out when the big three were either beginning to rise or hitting their peak in popularity. Bleach, in particular, had a large influence over shows of this time frame, and it makes sense. It was an extremely popular show with an extremely popular main cast, so viewers were like to reward shows that had similar setups.

Kaze no Stigma differs slightly in that both the main male and main female in the series are of equal importance, but it still does not make the show any more interesting. The story centers around two magical clans, one that uses fire and one that uses wind. At the center of the wind clan is Kazuma, who is suspected of murdering one of his family members and must clear his name. Despite sounding like a fairly interesting premise, the show overall is boring and does not offer much beyond the aforementioned interesting premise.

What other shows would you guys put on this particular list? Let me know in the comments below. Also, if you want to support the Aniwriter through donations or are just feeling generous, consider buying me a coffee on Ko-Fi. Otherwise, thanks for reading and bye for now, Friendos! Despite Crunchyroll’s push to make it the new Naruto, Black Clover turned out to be mostly a flop. From the very beginning, the show took no time in reveling in all of the least interesting shonen troupes and came out a much worse show because of it. However, whether you like it or not, there are plenty of other shows that also deserve your attention after watching Black Clover. Welcome, everyone, to another iteration of What Else Should You Watch. Here are some other recommendations for your viewing pleasure.

Asta himself is seen by many being quite generic and uninteresting, like the rest of the show. Seven Deadly Sins, while admittedly not being much better, still manages to bring together a unique cast of characters and makes their relationships much more interesting.

The show centers around a group of former knights known as the seven deadly sins. The seven of them have been sentenced to death for betraying the kingdom, to which they all ran away. Meliodus, their former leader, has gone on a mission to gather the other six now dispersed knights.

In terms of unique shonen ideas, It really doesn’t come up with anything new. There is a lot of fanservice and generic shonen concepts like demons and immortality, but it delivers those ideas in ways that make it fun and enjoyable without being repetitive.

Renkin is a 2006 studio xebec production that in many ways has a lot of the same problems that Black Clober does, but Busou Renkin still comes out a lot more likable. The show’s main character Kazuki is brought into a much more bloodthirsty world of battling homunculus with his newly discovered alchemic powers. Tokiko Tsumura, a girl who saves him after he is first attacked by a homunculus, guides him through the world of fighting horrendous monsters.

Similar to Seven Deadly Sins, what the show lacks in new ideas it makes up for in a unique presentation. Tokiko, the shows main female lead, has a distinct level of awesome surrounding her, Training Kazuki to use his powers and not taking crap from anyone. Fights are an important part of any shonen, and the fights in this show are top of the line. 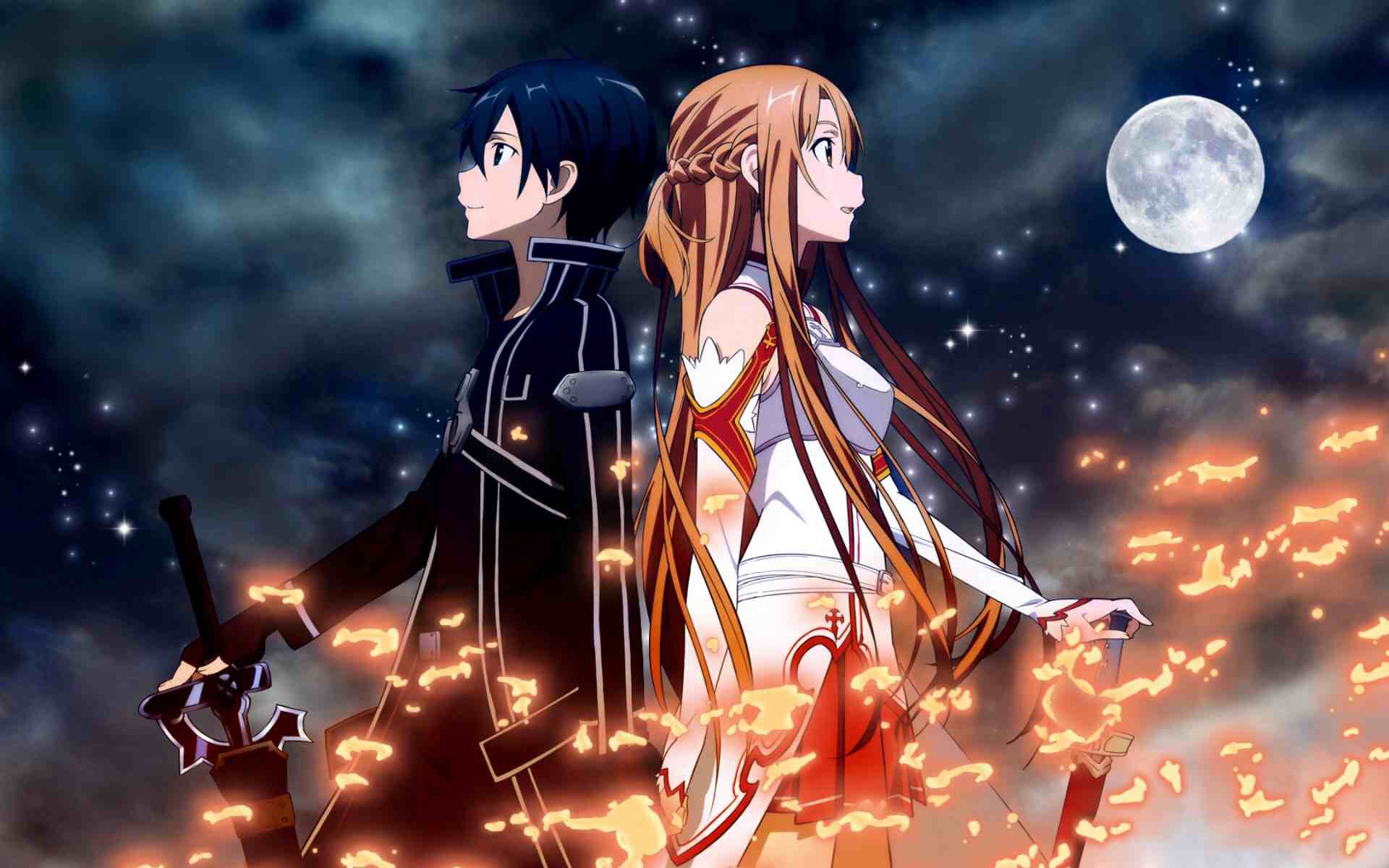 Despite its many problems as well, Sword Art Online is nothing if not a good Action romp. The show’s setting in a virtual reality MMO makes it to where a lot of crazy stuff can happen, without having to take it to seriously. Translation: it’s a lot of fun.

The music also adds a lot to the fight scenes. Much of the soundtrack is comprised of epic choruses backed by eloquent orchestral pieces. The show is guaranteed to hype you up, if nothing else.

How do you guys feel about Black Clover? What would you recommend instead? Let me know in the comments below. Thanks for reading. Bye for now, friendos!