Man runs back into building for valuable anime related possessions.

Hello, Anifriends Today I’ll be talking about my favorite Mecha Anime for the 11th day of the thirty-day anime challenge. If I had done this challenge at the beginning of my blog, I probably would have answered Eureka Seven, because of its compelling characters and uniquely appealing narrative that […]

Opening of the Week: Shonen Heart by Home Made Kazoku(Eureka Seven OP 2)

Arguably one of the best shows to come out of the mid-2000’s, Eureka Seven provided a story that managed to strike an effective balance between its several romantic plotlines and its Mecha action. Not only that, the show also gave me what is probably one of my favorite […]

Opinion: Does Eureka Seven have a Feminist Streak?

An opinion about feminist qualities of Eureka Seven. 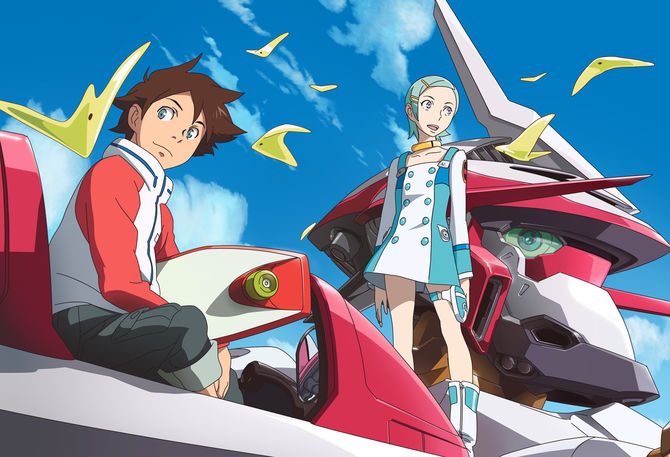 Review- Eureka Seven: Still One of the Best Anime to Date

It really only took a few episodes before I realized, but Eureka Seven is by far and away one of the best anime to date. The 2006 Bones production enjoys some of the stellar storytelling along with a cast of characters that feel much more relatable than a […]