It’s no surprise that most horror anime tend to be underwhelming at best when it comes to actually being scary or intimidating. As I have talked about before, there are many inherent limitations that animation has when it comes to penetrating our sense of reality, the main one being that, and the end of the day, they are just drawings. Drawings, at least most of the time, are not scary.

This rings just as true for the original “Higurashi,” as it was limited both by the production quality of mid-2000’s Studio Deen, as well as a lack of overall frames, making the animation even less expressive. While there were still some good moments in the original, it just did not get the adaptation the series needed to achieve its goal. The same holds for the series’ follow-up, “Higurashi: Kai.”

However, Studio Passione is back in force for the…sequel? yeah, so apparently I missed a lot in regards to the specific storyline of the series, as I, along with most of the community were under the impression that this was going to be a remake of the first season. The scene with Rika at the beginning of the second episode made that abundantly clear. Guess I should have finished “Kai,” huh?

Whether or not one is fully caught up on the lore of the “Higurashi” universe is irrelevant to the fact that “Higurashi: Gou” is a strict upgrade, at least in terms of the animation.

For starters, the lighting of the series does a much better job at contrasting the brighter colors of the show’s opening episode with the darker moments that come only 20-30 minutes later. This is most evident in the scenes where Keiichi and Rena are at the trash yard together trying to get out the Kernel Sanders statue, when the glowing red sunset fades into ominously into pitch black.

There is also the character’s themselves that move much more often. The scene that demonstrates this the best is when Keiichi confronts Rena on their way home, asking if her and the others have been hiding anything from her. Rena goes from her sweet, innocent Persona to her real self in a matter of seconds, completely changing the tone of her voice. On top of that, the way her body is animated makes it look as if she slithers next to Keiichi, looking up at him from below. It happens so fast that it legitimately scared me, but in a way that does not feel like a cheap jump scare.

Still, there have been plenty of welcome changes outside of the animation as well. The one that I noticed most immediately was the symbolic repetition of certain actions as a way of provoking certain scenes in the show. In the first episode, it shows the fate of everyone at the end of the rotation, with everyone accept Keiichi dead, and him violently swinging what looks to be a bat on Rena. The show uses various different instances, whether it be him using a saw to get the statue out for Rena, or Rika’s ceremonial dance, to further remind us of what will happen to those characters.

While I would not say it is a strict improvement, the soundtrack definitely does a great job at setting the tone. The new opening also reintroduces the characters well and has a killer music track to boot.

Overall, there is a lot to like about “Higurashi: Gou,” and despite not being fully caught up with the series myself, although that might change by the time this comes out, I am fully invested in this new season and look forward to the insanity to come.

How do you guys feel about the new “Higurashi?” Let me know in the comments below. 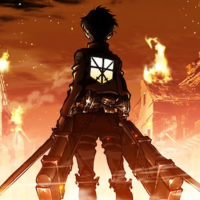