Anyway, onto the review.

As much as I enjoy anime romance, still probably to an unhealthy degree, one of the things that has always bothered me about this genre of anime is just how fake it can feel. The constant back and forth, will they, won’t they, never actually getting together only for the main characters to, maybe, hold hands at the end of the first season. Its never satisfying, both on a self-fulfillment level and on a story level. Some of it is understandable, because a not insignificant portion of the audience is younger girls, and that kind of awkwardness is, in a lot of ways more relatable. However, it still feels really bad when you invest 3-6 hours in a story only for their to be no resolution.

“Horimiya,” thankfully, does not have this problem, and is, in a lot of ways, a model for how romance anime should be. Not only does it have a unique cast with a lot of stand-out personalities, it also develops them in ways that feel satisfying. With that being said, here are my final thoughts.

A lot of romance also suffers from having an extremely lackluster supporting cast who often gets sidelined so that the main characters can be on screen longer and do…nothing. “Horimiya” very much takes the opposite approach, not only focusing more on its supporting cast but giving them almost equal time to Hori and Miyamura. In fact, the only characters that do not get considerably screen time are random parent figures that are only briefly mentioned anyway. In that way, there is a notable comparison between “Horimiya’ and “Tsurezure Children,” which aired almost four years prior introduced a lot of the same ideas, though I would argue “Horimiya” definitely executed a lot better.

One of the more interesting relationships that is presented in the show is Kono and Ishikawa. While Ishikawa spends a lot of time in the show trying to move past getting rejected by Hori, Kono ends up developing a crush on him. However, Yoshikawa also has feelings for him, and so Ishikawa ends up stuck in a love triangle of sorts. In the end, while Ishikawa seems to implicitly choose Yoshikawa over her, Kono still shows him kindness and friendship. This leads into another great thing about this series, which is that it shows a lot of

The fact that Hori likes to get yelled at and hurt, and that Miyamura has trouble adjusting to this is presented in a way that is both handled well and also incredibly funny. One scene that stands out is when Hori and Miyamura attempt to find a place where they can eat lunch together, and while Miyamura tries to be angry with Hori, he accidentally scares off a couple freshman girls. Miyamura being Miyamura can’t help but feel sorry for the girls, only to turn back to Hori to see her incredibly turned on.

However, the show is not perfect. There was a bit of controversy around episode 10 due to Hori saying, to Miyamura, “if you are going to cheat on me, at least do it with a girl,” after Hori realizes how much time Miyamura spends with his newfound guy friends. Now, any reasonable person could read this as homophobic and be totally justified in doing so. In addition, the joke just kind of falls flat and ends up being not that funny to begin with.

Sometimes it is hard to say anything about a show’s animation and music other than, “it sounds and looks good” because these are areas in which my knowledge is still fairly limited. However, as much as it will sound redundant, “Horimiya” does have those things as well.

The animation for the series is bright and colorful, which is always a nice compliment for a romantic-comedy. Additionally, The character designs for the series are aesthetically pleasing, and diverse enough to where I could probably tell the characters apart without having to rely on hair color alone. That may sound like an incredibly low bar, but it is surprising how many character designs still fall into that trap.

While the soundtrack certainly felt above average, there still were not any stand out tracks that could be considered attention-grabbing. The opening and ending were both satisfying as well, with the opening in particular, “Iro Kousui” by You Kamiyama, definitely getting me hype for each episode to come.

“Horimiya” is a lot of fun, and while there were definitely a few things the show could have done differently, including not being randomly homophobic, there is a lot to enjoy, both in the characters and the romance. This is probably going to be a show I recommend to people after they have already watched a few other romances and are looking for something that operates in a slightly different lane.

How do you all feel about “Horimiya?” Let me know in the comments below. 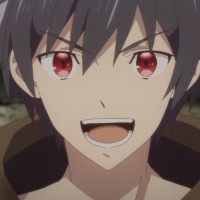 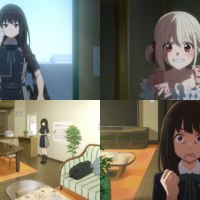 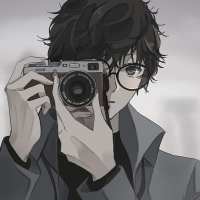 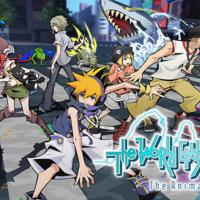 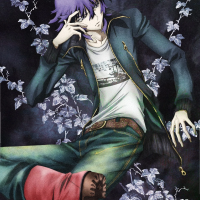